In the beginning Priyanka told:

Like some normal people, we believed her and were very happy on her representation of our country. Then things started to go out of sync. Priyanka started copying Bollywood celebrities style.

I thought, that was her love to Priyanka Chopra and being her die-hard fan, Karki was trying to be Chopra at the festival (now, I am not sure if that was a sign of inferiority complex.)

Then, she shared some red-hot photos of her in the red carpet. She claimed it was the Red Carpet. I went to the official site and all other news outlet to search for our own Priyanka Karki. There were none. And, Priyanka shared a photoshopped – a fake – photo of herself with people in background. Although she deleted the photo soon, it was clear, she was faking something up. There were suspicion she didn’t even go to the festival.

Then she shared video clip:

That was no Red Carpet.

Next, Priyanka’s claim of being the first was false. A model and a designer had officially gone and performed in Cannes 2018. No media outlets however reported the participation. There are sources and details to confirm the participation. Anjali Lama also confirmed her participation:

I was surprised how media ignored Anjali Lama and how it embraced Priyanka Karki. A video report on the case:

And, this is the final – summary of the whole incident.

This is all that happened. I have nothing more to say. Please comment. 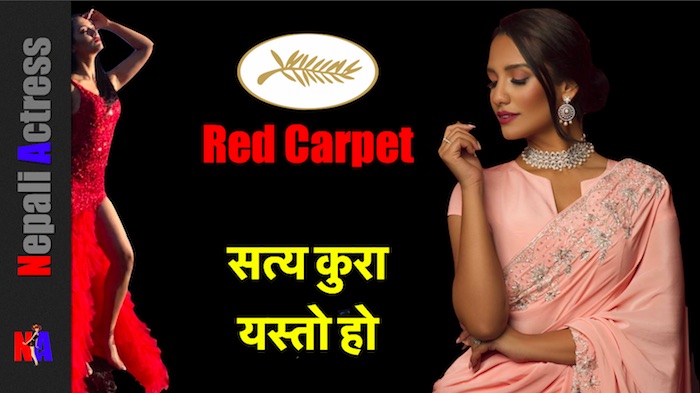