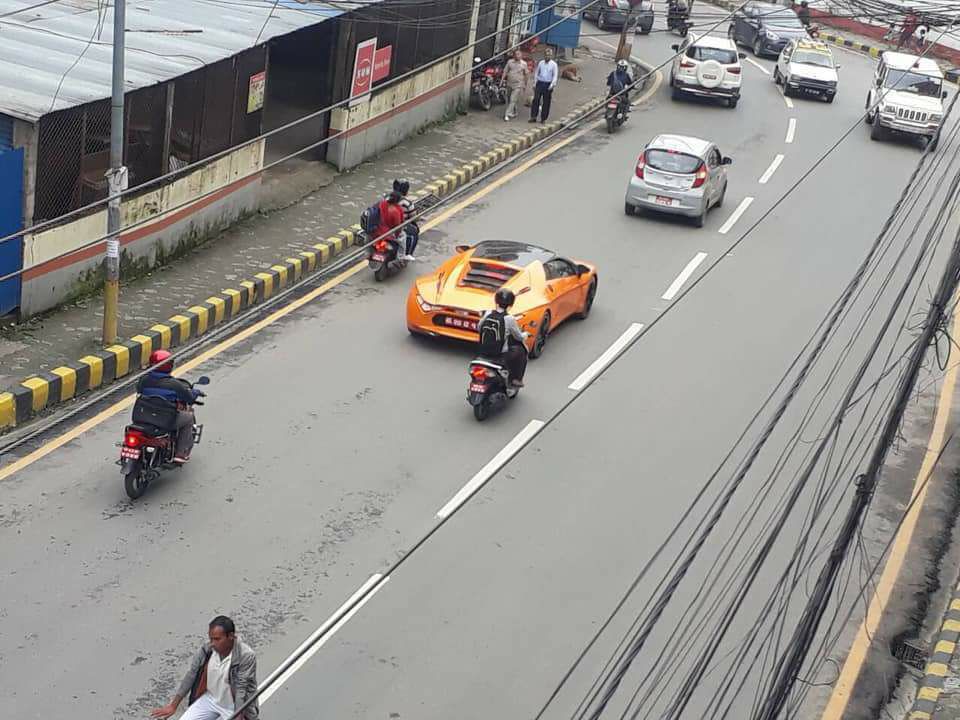 To prove the car is an expensive car the poster also shared a screenshot of Lamborghini price-sheet. The model cost from $350K to $450K.

But, the car shown in the photo is not a Lamborghini. It is an Indian sports car – a DC Aventi. The car first introduced in 2012 is being sold in the Indian market for half a-decade. The coupe styled sports car is produced by DC Design, an Indian design firm headed by Dilip Chhabria.

The name is based on the Studebaker Avanti and was first unveiled at the 2012 Auto Expo in New Delhi.
The car is powered by a 2.0-litre four-cylinder turbocharged petrol engine producing 250 bhp with a six-speed manual transmission. A Limited Edition 310 bhp model was launched in 2015. 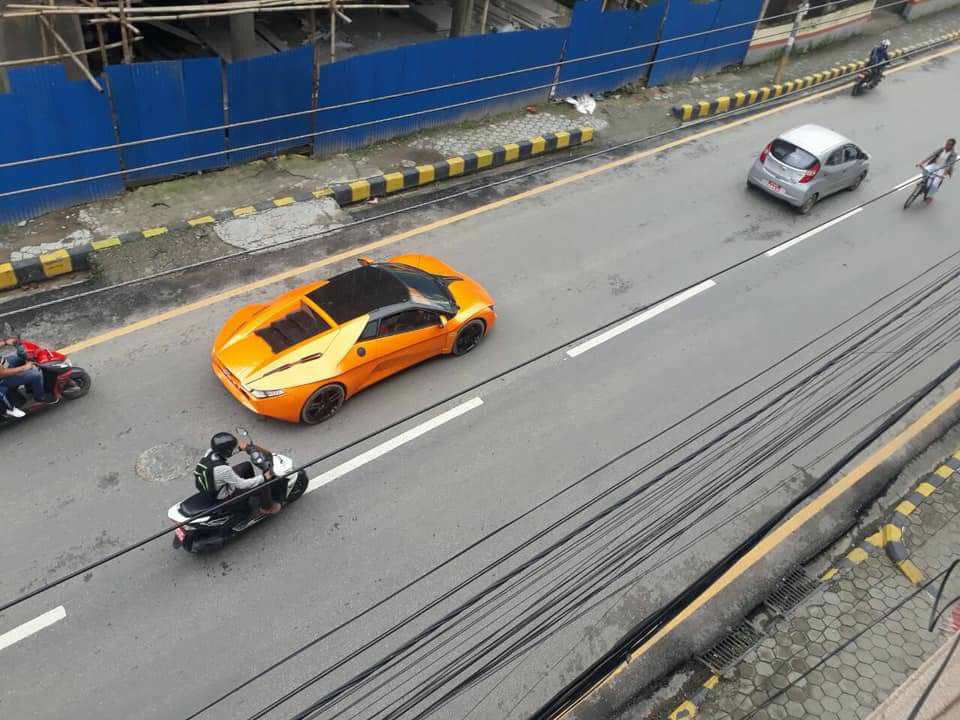 Another website has written about the car being seen in Biratnagar. Although no numberplate is visible, they seem like the same car. (read more here)

The price of DC Aventi however is Rs. 36 Lakh in Indian market. When the car is brought to Nepal, the tax would make it almost 3 folds costlier. Nepal has a tax rate of a huge 288% to the original purchase price (according to ourkirtipur.com.np). That would make the vehicle cost about Rs. 2 crore.

Because of the high import tax rate, the vehicles in Nepal cost many times more than those in other countries. Despite of these facts a lot of Nepali can afford such cars. That shows how rich some of the people in Nepal are. Most of the cars people keep at home cost more than the home they are living in. Isn’t that incredible?