Actress Sushma Karki is known more for ‘Udhreko Choli’ girl after the item dance she did in ‘Loot‘ than an actress. The movie she did as an actress weren’t as successful as expected. As an item dancer, Sushma is still a very busy dancer. Sushma is again featured as an item dancer in an upcoming movie ‘Nepathya’ by director Ram Raja Dahal. 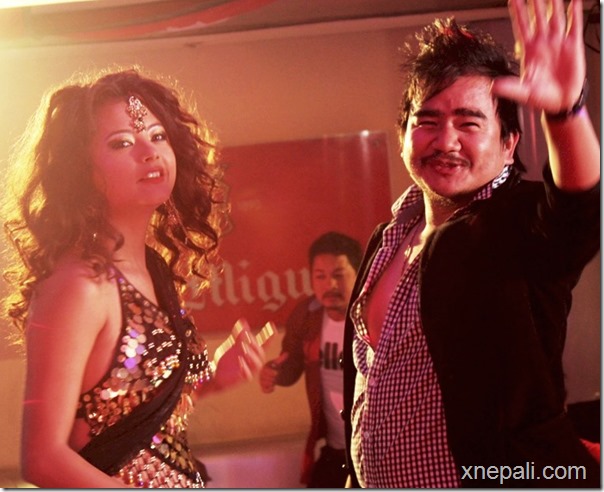 The movie is written by Subash Basnet, cinematographed by Sushan Prajapati and produced by the director himself. The director Ram Raja Dahal is known for directing movies like “Guru Dakshina” , “Basma Chhaina Mero Man”, “Timi Mero Ma Timro” etc.

One thought on “First Look of Nepathya released, Sushma Karki in an item dance”