Actress and the widow of late actor Shree Krishna Shrestha, Sweta Khadka, has told that she will meet her fans in near future. In a message posted in Facebook, Sweta thanked everybody for the love and support during the bad time. She appreciated and thanked viewers, artists, journalists and media for the success of ‘Kohinoor’.

Sweta added, “I had never thought I would go through such a dreadful time. I will never forget this incident and even if I try hard I would probably never be happy again.” 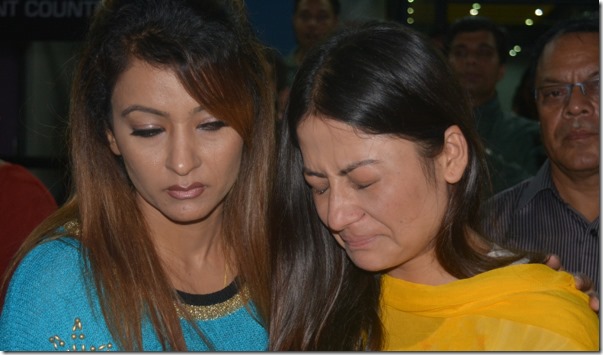 Read the full message (Sweta had also shared a couple of photos of herself with Shree Krishna with the post): 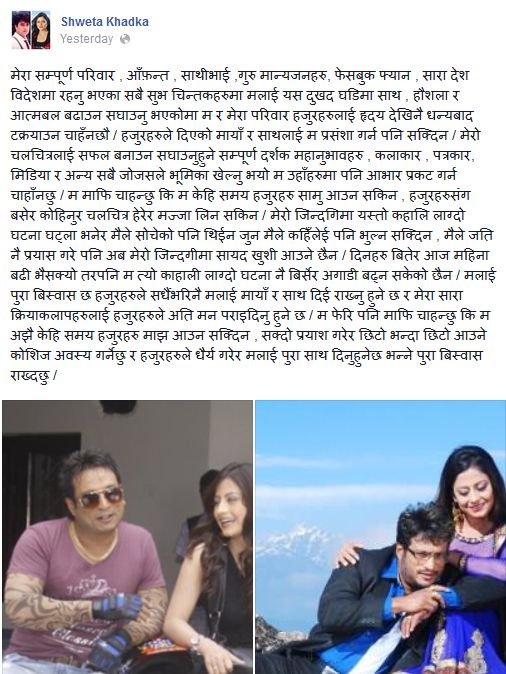 Although it has been more than a month since Shree Krishna died Sweta says that she hasn’t been able to forget the dreadful incident. Sweta wrote, “I hope you will always love me and be there for me throughout my life.” She asked for forgiveness as she couldn’t meet the public so far. Sweta has promised that she will try hart to get over the mournig and meet the public soon.

The only time Sweta was seen in public after the death of Shree Krishna Shrestha was to watch ‘Kohinoor’ on September 1. On that day, she was crying throughout the movie. We at xnepali hope Sweta gets over the incident and get back as a stronger actress and businesswoman. 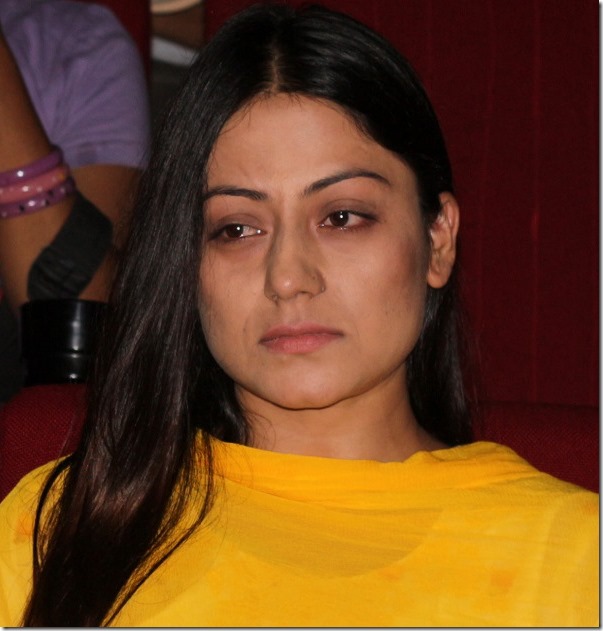 2 thoughts on “Sweta Khadka promises to meet the public ‘soon’”