Three new Nepali movies were released in theatre on Friday December 30, 2016 were Chakra, Samarpan and U Turn. As none of these movies feature well known artist there is no high expectations from these movies among the viewers. Two of the new releases are shot in foreign locations – one in UK and another in Bangladesh. Although it is festival season – the English New Year, there is no high hopes from these movies. In other movie news, after ‘Chhaka Panja’ celebrated 100 days in theatre, another movie ‘Jatra’ has also celebrated 50 days in theatre. 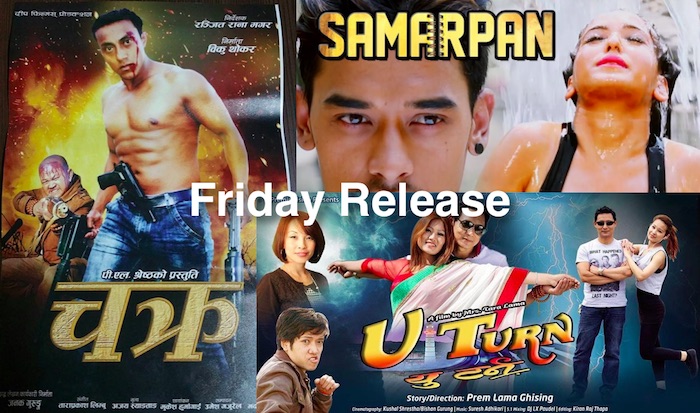 A movie directed by Ranjit Rana, ‘Chakra’ features Rohan Shreshta, Biku Thokar, Shrijana Thapa Magar, and Sunita Thapa Magar in main roles. The movie shot in beautiful locations of Sindhuli, Kabhre and Bhakunde Besi features the choreography of Ajaya Shangtang. The action in the movie is directed by Janak Gurung and cinematographer is Mukesh Humagain.

The first female director of the Nepali movie industry, Suchitra Singh is going to direct a Hindi moive. In an event held in Kathmandu, the new Hindi movie named ‘Chakra’ was announced. 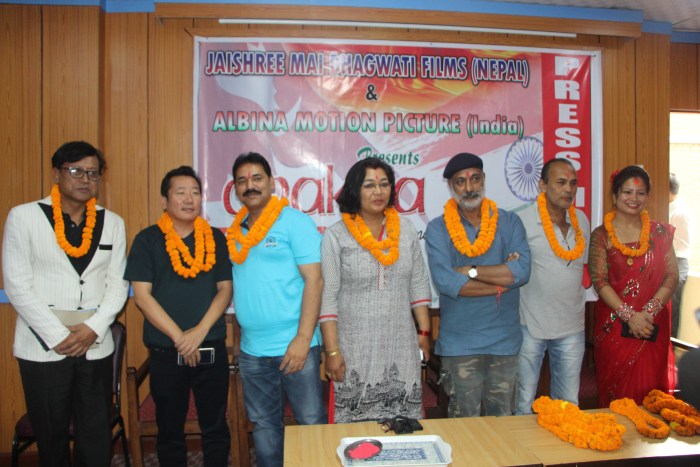 The director Suchitra Singh is making a comeback in directing movie after a long absence. The movie announced will be mostly shot in India and about one fourth of the shooting will be held in Nepal. In addition to some Nepali artists, most of the artists and technicians will also be Indian. In addition to being the director, Suchitra will also be the producer of the Rs. 120 million project.

In the announcement ceremony, Suchitra told that the movie was being planned for the last five years. The producer Anwar Raj and the story writer Shahi Kumar had discussed about the possibility of producing the movie. After five years, the movie production has been finally decided. The shooting of ‘Chakra’ is scheduled to start on Laxmi Puja. In addition to Suchitra, Rajesh Raj will also assist in the direction of the movie.

Who is Suchitra Singh?