It was advertised as the first Nepali movie award to be organized in foreign soil and was scheduled to be held on October 12, 2012. But apparently, the organizers were not prepared at all, and the ‘huge’ event is now postponed. We are not sure if we need to take it as ‘canceled’ or not. 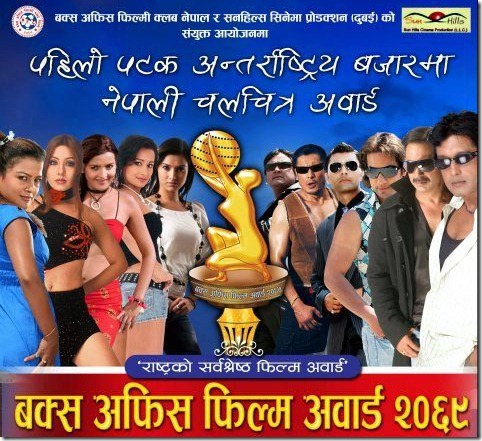 The reasons cited for the postponement of the event include:

1. Organizer RK Subedi’s mother got critically ill (our get well soon wish) and had to be hospitalized. It seems the event was one man show. When one of the organizer is busy, the whole show need to be postponed.

2. The artists like Rajesh Hamal, Karishma Manandhar, Dipak Limbu, Deepak Raj Giri, Deepa Shree Niraula, Baboo Bogati, Mandabi Tripathi, Yes Kumar etc. refused to attend the event. It’s odd, how can the organizers feature the artists in their banner even before they had confirmed their attendance.