Three new movie ‘Rakshya’, ‘Katha’, and ‘Love in China Border’ are going to release in theaters all over Nepal on March 22.

The controversial director Raju Giri‘s ‘Rakshya’ was dragged into controversy after releasing shooting photos of bed scenes and hot posters. Later, the bed scene was removed from the movie and the posters were also redesigned. As a result, the censor board has awarded it with a ‘PG’ certificate – suitable for children on adult supervision. The movie features Rajesh Hamal, Poojana Pradhan, Ashok Phuyal, and Sarika Ghimire in main roles. The story is written by Prakash Dhital, music composed by Arjun Pokharel and cinematography of Rameshowr Karki.

Another movie ‘Katha’ is directed by Prasant Rasaily and is an experimental movie. This movie is also considered a comeback movie of Actress Usha Rajak. The movie shows the love story between the characters played by Usha and Saugat Malla. The movie is shot by using 6 torch lights and shot in 14 days in Sikkim. The decision on whether to release the movie out of Kathmandu valley will be made based on the response of the viewers in Kathmandu. 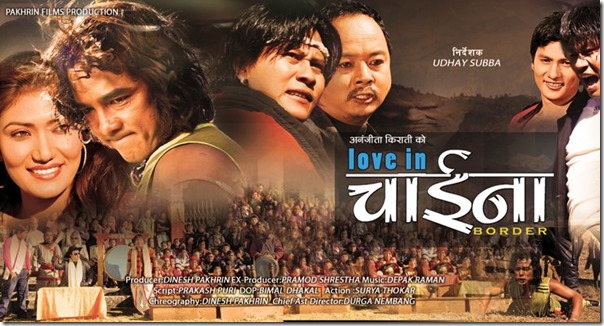 One thought on “Three new movies releasing this week”