The controversial model Tirsana Budhathoki has decided to go artistic by painting her body in Nepali flag and the problem caused by the Indian blockade. The controlled blockade at the Indian border has caused a very harsh condition in the livelihood of Nepali people. The people have been going through acute shortage of daily essentials like cooking gas, vehicle fuel, aircraft fuel and medicine. 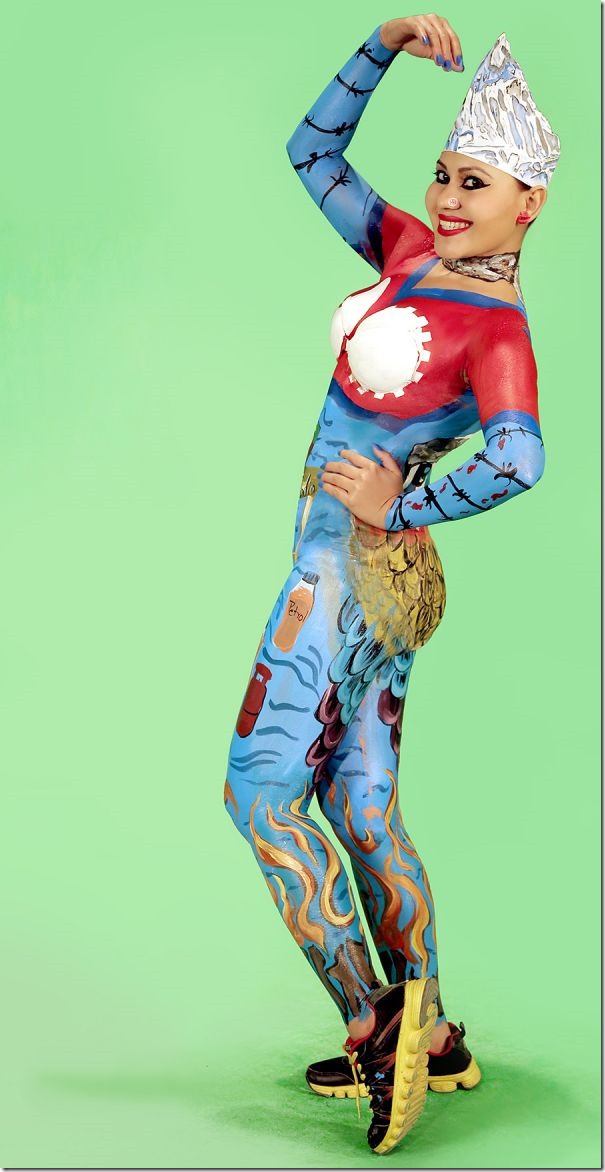 Whatever may be the political disagreements, the core problem is the hardship of the general public. Every sector in Nepal had been hard hit by the situation. It is not only India, the inability to solve the crisis situation is because of the incompetency of the Nepali leaders. They haven’t been able to deal with the situation and provide the solution to the people.

The model Tirsana says that the problem is huge and the government is not doing anything. She says, the photo-shot is her way of contributing in the protest against the blockade and the inability of the Nepali leaders to solve it. In addition to adding #BackOffIndia on her back, she has also written “Greater Nepal” – a fact that a large amount of land that belonged to Nepal in the past now is in India.

On her body, Tirsana has painted the firewood (the current condition caused by the lack of cooking gas) on her leg, petrol bottle and medicine bottles on her thigh, and locked Indian border on her belly. The has painted the Nepali flag on her chest. She is wearing a cap of Himalayan mountain. 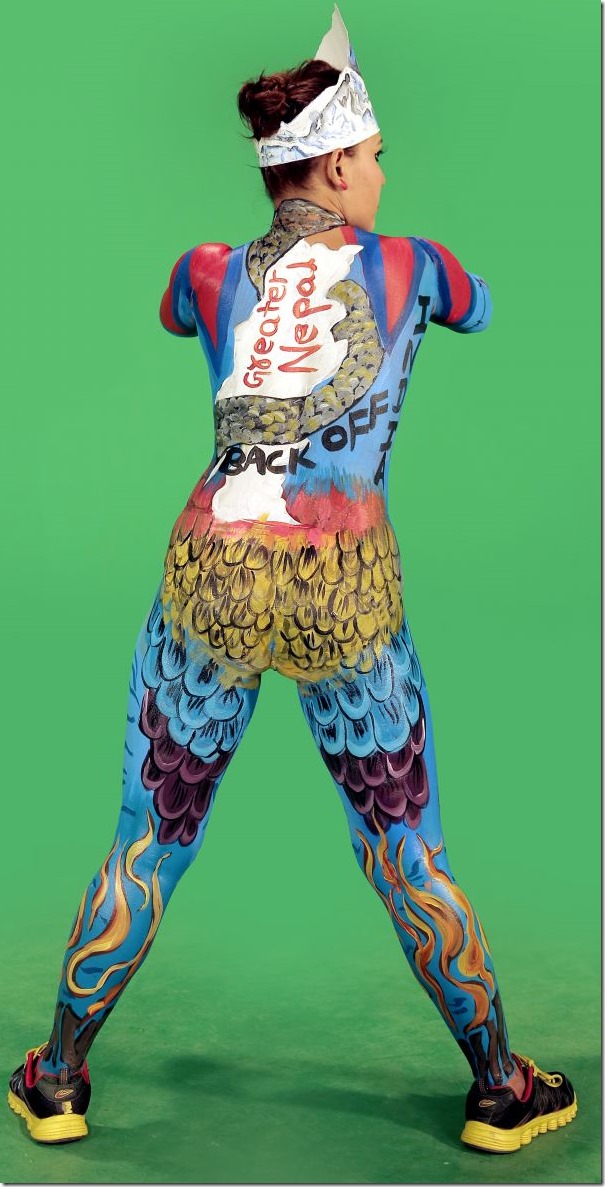 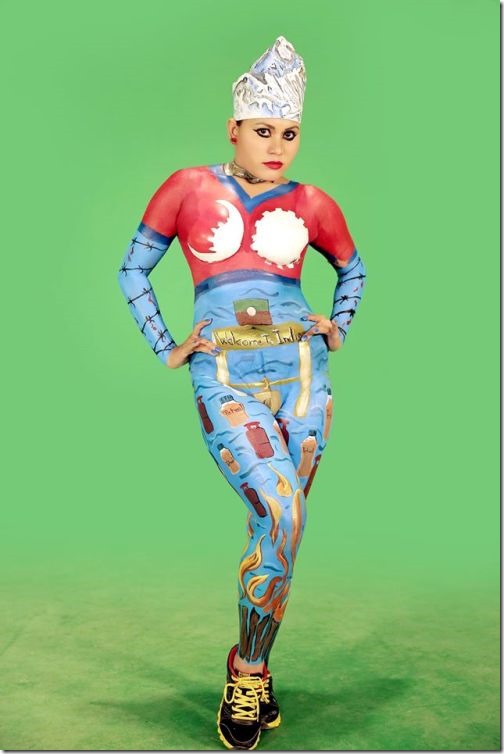 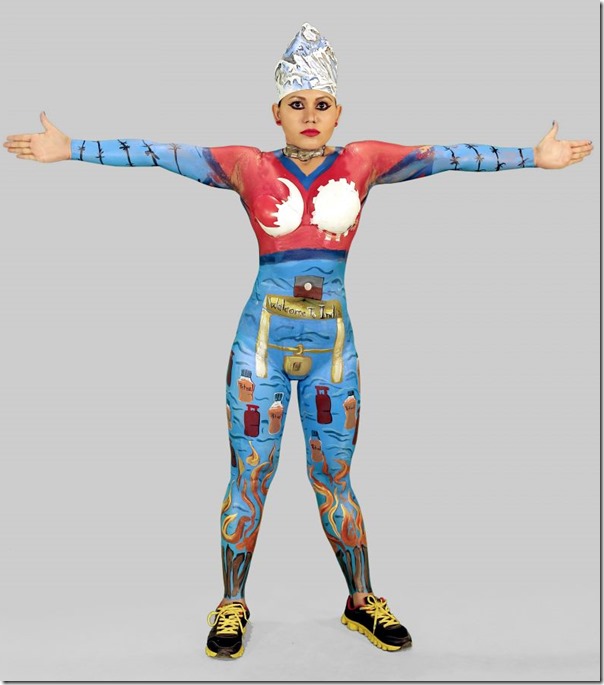 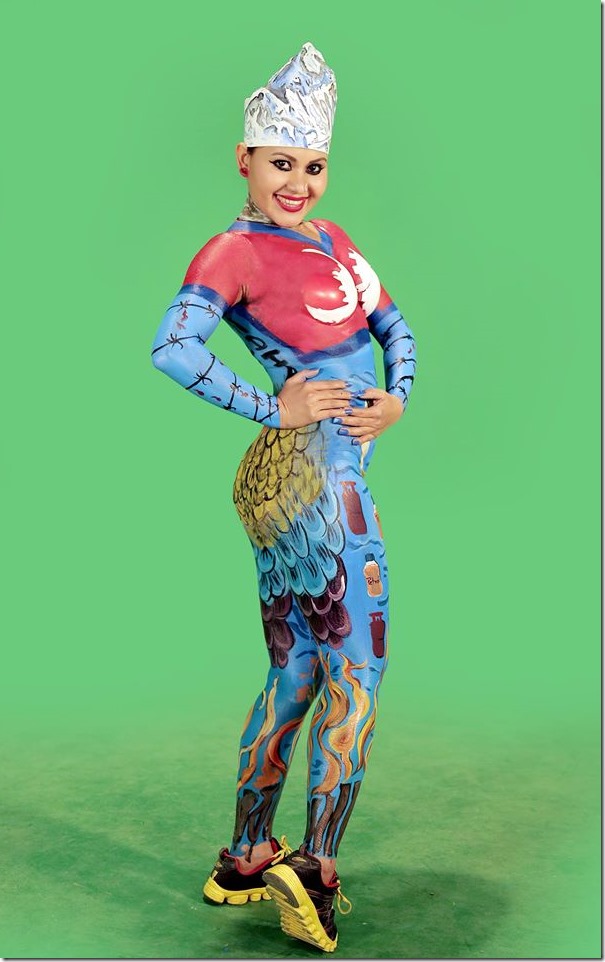