I have compiled the list of seven Nepali actresses with the first pay they got for their role in a movie. The actresses include: Gauri Malla, Neeta Dhungana, Shristi Shrestha, Keki Adhikari, Neeta Dhungana, Surabina Karki, Jharana Thapa, Deepa Shree Niraula

In addition to these actresses the following list contain some of the Nepali actors who had told their first income:

Dayahang Rai was paid Rs. 10,000 for the role in his first movie, ‘Anagarik’. Actor Aryan Sigdel had worked for free in ‘Kismat’. The producer Chhabi Raj Ojha hadn’t paid any money to Aryan. Similarly actor Jiwan Luitel also worked for free. He also debuted in Chhabi Raj Ojha’s movie. Based on these facts, I can safely tell that all the actors who debuted in Chhabi Ojha’s movies didn’t get any pay for their roles.

Chhabi’s introduction, actress Shilpa Pokharel says, she can’t tell the amount she got for her first movie ‘Lazza’. There is a high possibility that the amount was small. 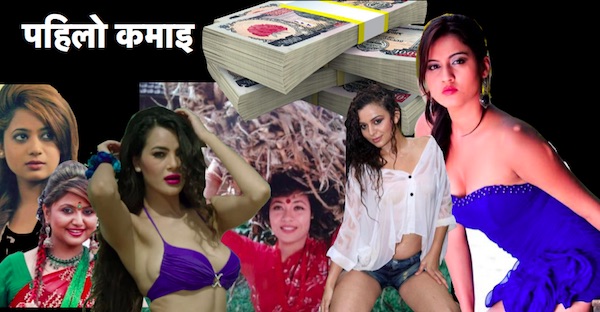