This is a 45 minutes long video – featuring an address by a political leader some 32 years ago. At that time, audio was distributed in audio cassettes. This audio was so popular among the people that the manufacturer couldn’t meet the demand. Some cassettes were also sold in black market.

The political leader was Padma Ratna Tuladhar, the first major politician who declared that the single party Panchayat system of that time was not suitable for the country of the people in the parliament at that time. The election and the political movement led to the people’s uprising of 2046 BS. That was three years after the address of Padma Ratna.

Padma Ratna Tuladhar died today (on November 4, 2018). In memory of the great leader, I have shared the 3-decade old political address of the leader. The address gives a glimpse of what the situation of Nepal was:

Padma Ratna Tuladhar was born in 1940. He was a writer, politician and human rights activist. Apart from helping in restoring democracy, he had also played an instrumental role in bringing the Nepalese Maoists to mainstream politics.

Tuladhar died on 4 November 2018 because of brain hemorrhage. 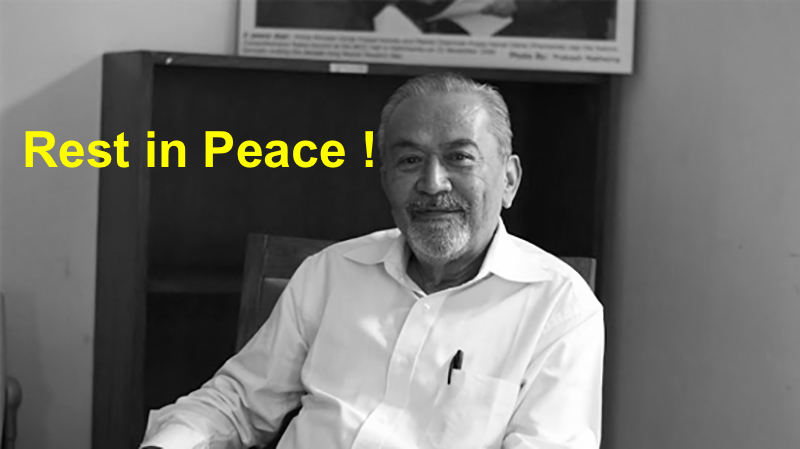 When Maoists launched their peopleâ€™s war in 1996, Tuladhar, acted as a confidante of both the rebels and the government. He was one of the primary communication medium.

Tuladhar, is also known for his active involvement in the linguistic movement. As a student of Tri-Chandra College, he had worked in promoting Newa language. In 1979, he became the chairperson of Nepal Bhasha Manka Khala. That was his stepping stone toward his journey into politics. Tuladhar is known for leading the campaign to make the Nepal Sambatâ€”the only original Nepali calendarâ€”a national calendar and Shankhadhar Shakhwa, a national hero.

Although he was close to communist parties, Tuladhar remained an independent leftist leader. After being elected to the Rashtriya Panchayat in 1986 he had advocated for a democratic system at the Rashtriya Panchayat, where he had reached with the backing of the Communist Party-United Marxist Leninist. He had defeated then home minister Jog Mehar Shrestha in the election.

In 1994, as an independent candidate backed by UML, he defeated Congress leader Mangala Devi Singh, the wife of veteran leader Ganesh Man Singh. After winning the election in 1994, Tuladhar served as the minister for labour and health during the minority government led by CPN-UML.

Tuladhar is known as the founder member of National Human Rights Organisation and Human Rights Forum. He also played a leading role in the popular political movements of 1979, 1990 or 2006.