Indra Rajyalaxmi died in a mysterious circumstances on September 4, 1950. According to the official website of the first maternity hospital, Prasuti Griha, the princess had died because of the complications caused by the birth of her last child, Dhirendra Shah. But, Dhirendra was born on January 14, 1950.

Mahendra’s children and their birth and death dates: Four of them died in the Durbar Hatyakanda on June 1, 2001. According to Dr. TN Sharma, only the children of Indra were killed and those of her sister and the second wife of King Mahendra were spared. The queen mother Ratna Rajyalaxmi also survived the tragic event.

Mahendra had married the first wife, the daughter of General Hari Shamsher Rana, Indra in 1940. On the same year, their first child Shanti was born. The next year, Sharada was born. Birendra was born more than two years later. After the death of Indra, he married Indra’s younger sister Ratna. Ratna became the queen of Nepal after the death of his father, King Tribhuwan in 1955.

Apart from the official wives, Mahendra had an unofficial wife named Geeta Gurung. As, Geeta was a Gurung, the royal family wasn’t allowed to marry officially. Although he had a son, Ravindra Shah, from Geeta, neither Geeta was given the title of a queen or the Rabindra a title of a prince.

Rabindra was told to be elder to King Birendra. If he were the song of official queen, he would have been the king of Nepal instead of Birendra. Rabindra died before the Royal Massacre. So, nobody talked about his existence after the fateful event. 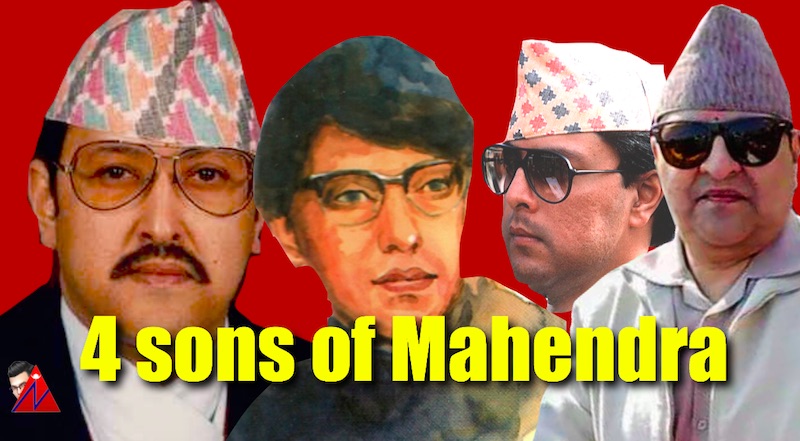