After more than two months in the USA, actress Rekha Thapa has arrived in Kathmandu on Monday, July 27. Right after the arrival in Kathmandu, Rekha went to Pashupati to worship lord Shiva. Rekha also shared some photos of herself in front of the Pashupati gate. 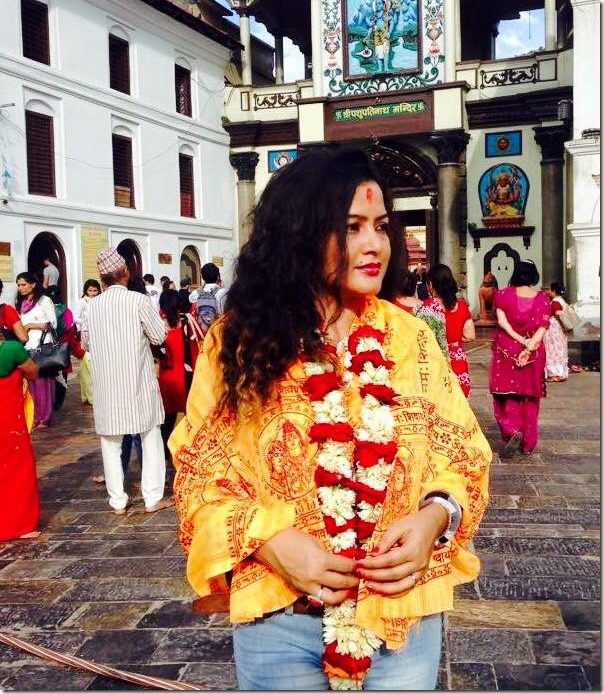 Rekha wrote, “I directly went to the temple Pashupatinath. Such a blessed day. (I ) would like to thank all the Armed Police Security of Pashupatinath area for their kindness.” She also thanked the head priest of Pashupati for the flower garland she is seen wearing I the photo. In addition, Rekha felt blessed for being welcomed back in Nepal in such a holy way.

Earlier, Rekha had told that she had cut short the USA tour to start the shooting of her upcoming movie ‘Rampyari’. She has also promised to tell about her US visit after her arrival in Nepal. 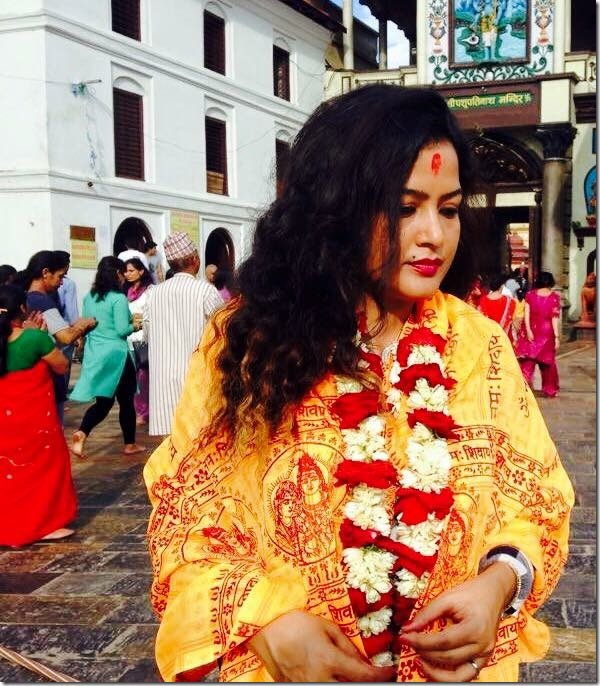