Two streets in the USA are named after the highest mountain, Mt. Everest. One is in New York, Jackson Heights area and another in California.

The New York one was recently named. One of the Councillors of the city inaugurated the street. Nepali people in the area organized a street festival with various cultural programs. The Nepali ambassador and others were also present in the ceremony.

Here is a video report:

END_OF_DOCUMENT_TOKEN_TO_BE_REPLACED

Ishani Shrestha, Miss Nepal 2013 has graduated from one of the most elite and competitive business schools in the USA: The Leeds School of Business at the University of Colorado Boulder. 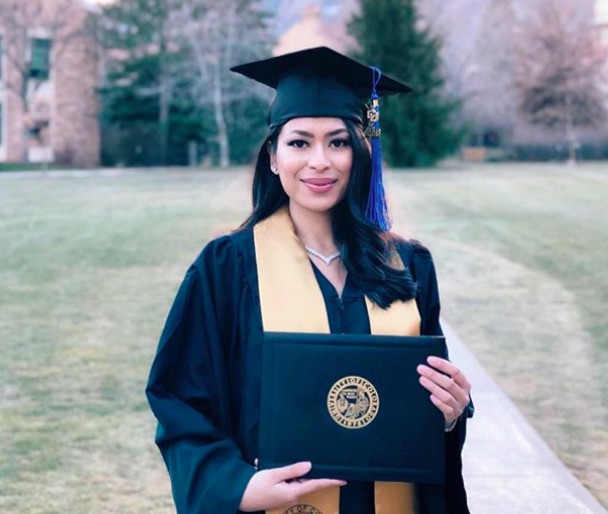 The Miss World 2013 contestant, who won the first Beauty with a Purpose title for Nepal, also made an impression by her intelligence and talent at the business school:

The hit Nepali movie, ‘Kanchhi’, featuring Shweta Khadka in leading role with Dayahang Rai is being premiered in New York on Monday August 20 in Bombay Theatre. The comeback movie of Shweta Khadka after the death of her husband, Sri Krishna Shrestha, is brought to USA by KTB Entertainment(USA).

Details of the movie show:

It is an incredible journey of actress Shweta Khadka from the depression after Sri Krishna’s death to producing a successful movie and being featured in the leading role. Shweta is also in the USA to show her movie to the USA viewers.
END_OF_DOCUMENT_TOKEN_TO_BE_REPLACED

Actress Priyanka Karki went to the USA right after the engagement. In fact, she has postponed the ticket to accommodate the engagement with her boyfriend, Ayushman Desraj Joshi.

Now, she is choreographing the contestants of Miss Bhutan USA 2018. While training the contestants, she had enjoyed some time at the swimming pool and shared some hot swim suit photos. Here are some of the photos she has shared in her Instagram post.

Priyanka posing in bikini is not a new thing. She had posed with her future mother-in-law in past. A video report about her relationship in her future home:

While in USA, Priyanka says that she trains the contestants from 10 in the morning to 5 in the evening and goest to the pool at 6 PM.
END_OF_DOCUMENT_TOKEN_TO_BE_REPLACED

Nepali women in New York, USA are going to meet on June 2, 2018 at Belozino Hall in Jackson Height. This is a yearly event in which Nepali-American women come together to celebrate womanhood. The event help to build stronger relationship between them and is also an opportunity to showcase their talents. 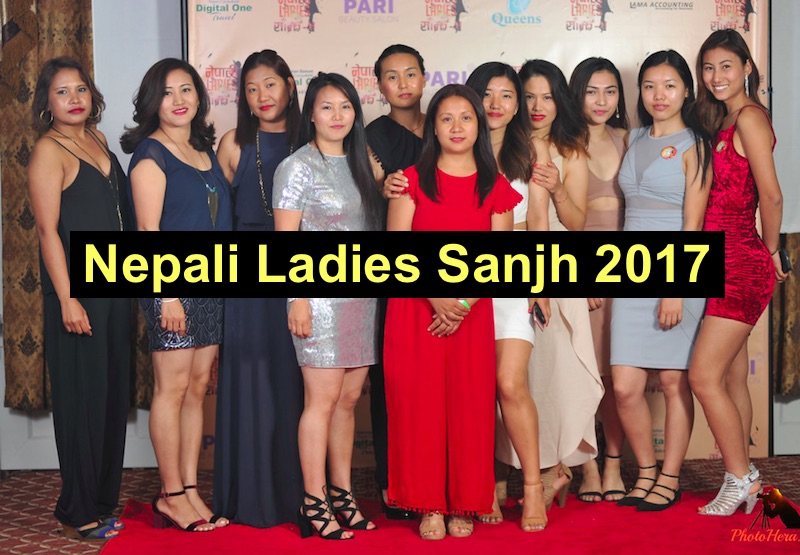 According to the organizers, the Nepali Ladies Sanjh is “the most entertaining Nepali women night out signature yearly program for the Ladies and by the Ladies.”

Like previous years, Nepali ladies will showcase their talents on stage. According to the organizers, Nepali ladies have been preparing for the event for a long time. Some of them have been dieting and doing a lot of exercise to show off their fit and attractive bodies. One of the participants has claimed that she has lost 14 pounds for the event.

The organizers have been using the proceeds from the event for social works in Nepal and USA. In 2013 they had helped Sabika Thapa for her kidney transplant. In 2014 Prasa Tuladhar of New York was helped in her lungs treatment. In 2017 the the Gorkhaland movement victims were helped.
END_OF_DOCUMENT_TOKEN_TO_BE_REPLACED

The Chief Minister of State 2, Lal Babu Raut, addressed the first convention of an organization set by Madheshi people living in the USA. The organization named Madhesh Association of America (MAA) had invited Raut as the chief guest of the event. But, Nepal government didn’t approve his travel to the USA. According to the cabinet decision, Raut’s US visit wasn’t as important as his job at home.

The official reasons government has given doesn’t seem to align with the publicly perceived reason. The government had faced some tussle when Indian prime minister Narendra Modi visited Janakpur. The local government wanted to do everything on its own while the central government wasn’t happy by the way Raut government dealt with the situation. Modi being in an official visit, the foreign ministry had sought for a more responsibility. The government wasn’t happy by Raut’s public address at that time. Raut had addressed the public in Hindi language and had expressed his dissatisfaction over the constitution amendment.
END_OF_DOCUMENT_TOKEN_TO_BE_REPLACED

There are a lot of beauty contests held in Nepal. The trend has extended beyond the Nepali border as Nepali people settle in various countries in the world. Beauty contests are held among young girls.

Most of these beauty contests are held for the personality development and starting career in entertainment industry. The sudden rise in the number of beauty contests in Nepal can be attributed to the business aspect of the contests. These contests are usually held by training institutes, education institutes, and event managers. They train young girls and test their qualification by organizing the contests. It has also become a platform for young girls in various stages of their lives. For example, there used to be a beauty contest among girls appearing in SLC examination – Miss SLC. Similarly Miss College, Miss Plus Two were also held.

The distribution of beauty contests among Nepali girls in foreign countries are held in countries that host a lot of Nepali people on permanent basis. These countries are India, USA, UK, Australia, and Hong Kong.
END_OF_DOCUMENT_TOKEN_TO_BE_REPLACED

A saptaha was organized among the Nepali people living in Colorado, USA in an effort to build a community centre for the Nepali and Bhutanese of Nepali origin. The saptaha held from April 28 to May 5 raised an amount in excess of $581k. The money was collected as the donation from the people living in the area.

Dinbandhu Pokharel is known as an excellent orator who inspire people with money to donate for a noble cause. He has been active in raising fund for the construction of schools, colleges, hospitals and other social works.

Although some question his tactics of inspiring people to donate money as manipulative, those who donate do so happily. He uses the storytelling to inspire people to do something so that they are remembered by others in the world. He uses the mortality as an excuse and donation to help them become immortal.

A video report about the event in Colorado:

END_OF_DOCUMENT_TOKEN_TO_BE_REPLACED

The title might not be 100 percent true but when I rephrase, it will be 100 percent true: “There are more popular Nepali singers in USA than in Nepal“. A lot of popular singers have gone to the USA and haven’t returned back to Nepal.

One of the earliest and most popular singer Prem Raja Mahat is a celebrity in USA among Nepali people. He is considered a link to meet new and old Nepalese in the Eastern USA.

The singer of the popular song ‘Saili ..’, Hemanta Rana has also been living in the USA for a while. He sang the song when he was in a vacation in Nepal. According to reports, the musician and one of the judges of Nepal Idol, first season, Nhyhu Bajracharya has also got Green Card and has moved to USA. He had composed the music of the popular song ‘Phulko Aankhama Phulai Sansara … ”

END_OF_DOCUMENT_TOKEN_TO_BE_REPLACED

After getting married on Sunday, December 3, Nepali actor Raj Ballav and his newly wed Pratima Bimali organized a reception party in the USA. In the party, various Nepali film industry personalities were present. In one of the photos shared by Raj Ballav after the party, actresses Nandita KC, Richa Ghimire and Arunima Lamsal are seen present. Among the actors, Mukesh Dhakal, Bimalesh Adhikari and Mukesh Acharya were present. In the photo, Arunima’s mother Radha Lamsal and Dilip Rayamajhi’s wife and director Prasanna Poudel are also seen. 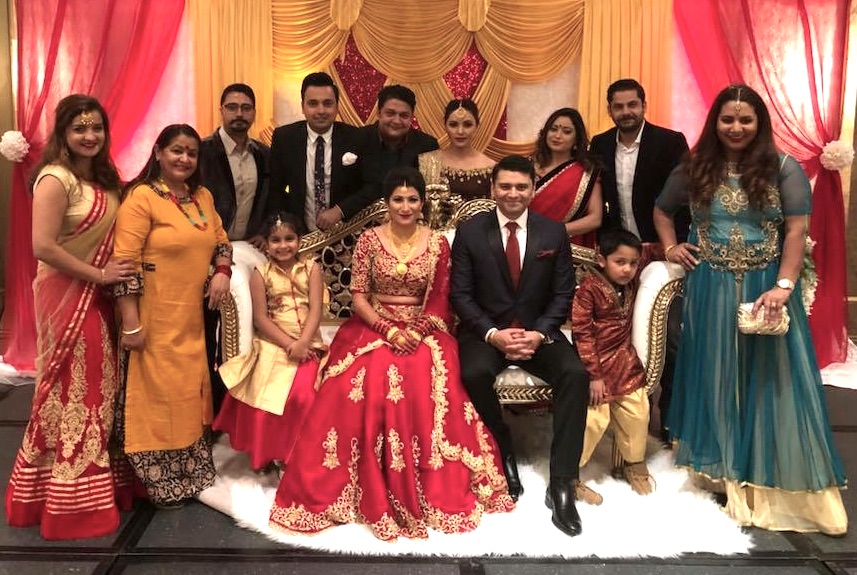 Raj Ballav and Pratima had tied the knot after the formal engagement some 4 months ago.
END_OF_DOCUMENT_TOKEN_TO_BE_REPLACED

Another Nepali film award was held in the USA – titled Global Nepali Film Award. It was the second edition of the award. Like other awards held in Europe and USA, many film artists were denied visa. Those who had previous visa to the USA and those who got visa this year participated and won the awards. Such award winning actors include Anmol KC who got the visa this time. Actor Dayahang Rai and others were denied visa and didn’t become “best actors”. Similarly, actress Keki Adhikari was awarded Best Actress for her role in ‘Love Sasha’. 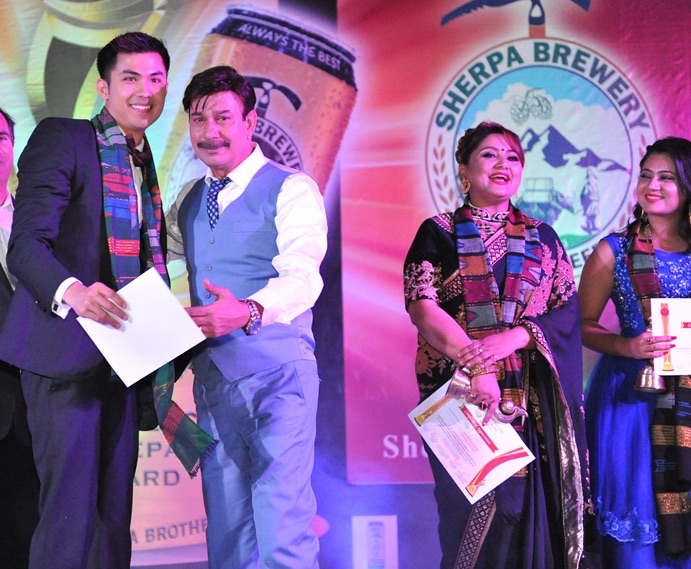 Although Jharana Thapa and her family is yet to confirm the report, according to the report published in the online version of Sourya Daily, Jharana’s husband has left Nepal to join his family in the USA. On the status update posted by Sunil Kumar Thapa, he has told that it is only a ‘vacation’ to meet “his princess”. 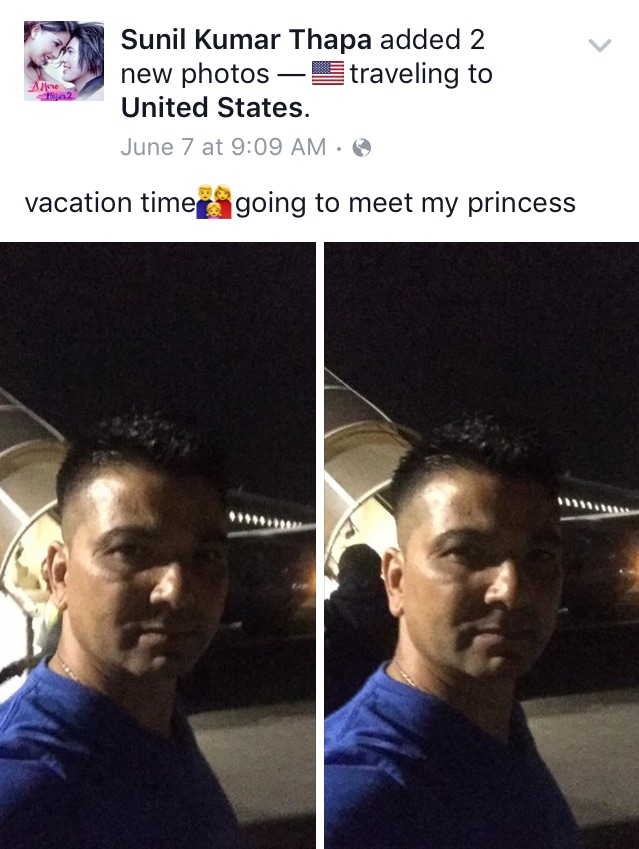 When Jharana went on a ‘vacation’ in November of 2016 – I wrote it was an “odd time” for a vacation because of the rush of the release of the debut of Jharana as a director. Now, it is clear – that was more than a vacation.

END_OF_DOCUMENT_TOKEN_TO_BE_REPLACED

Actress Jharana Thapa has gone in a USA vacation with her family at an odd time – right after the completion of the shooting of her debut movie as a director. There is only 4 months before the movie’s scheduled release on March 31, 2017. Although the shooting has finished, there is a lot of work in terms of editing and compiling the whole film. Promotional aspect is another time consuming and important aspect of the movie business. Jharana Thapa is both the producer and the director of  ‘A Mero Hajru 2’.

Being a debut movie, being both the producer and the director of the movie and going in vacation a few months before the release of the movie doesn’t make sense to me. I think, it is odd time because:

END_OF_DOCUMENT_TOKEN_TO_BE_REPLACED

USA election doesn’t have much impact to Nepal. But, we are politically so much conscious that every geo-political situation all over the world interests us.

Video report about the US Election result:

USA being the world leader in arms and economy has a potential of influencing everybody. Some of the stuffs I noticed about the US Election:
END_OF_DOCUMENT_TOKEN_TO_BE_REPLACED

In a conversation with RJ Sabeena Karki, Nepali actor Rajesh Hamal has talked about his personal life and about his wife. Rajesh told his married life is going “fantastic” and he is very happy with his marriage. In the live interview was taken at Time Square in New York, Rajesh told that hew was confused if he should get married or not. He added, “Now, once I am married, I am very happy.” 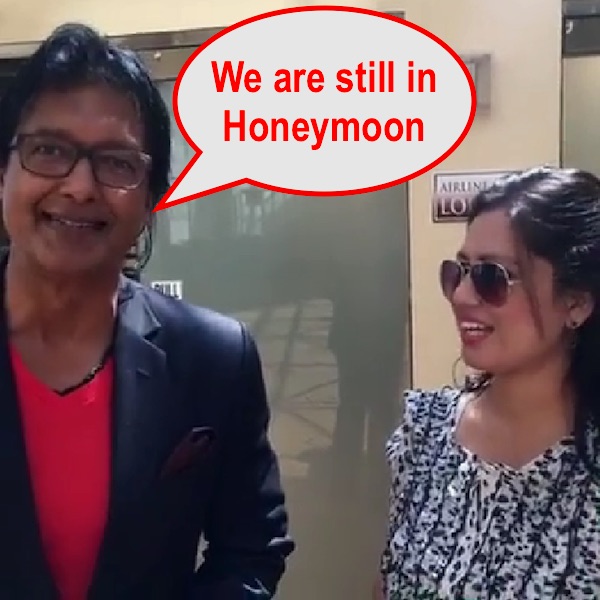 When asked about the child, Rajesh Hamal told that he is still in honeymoon phase. He also added, he is trying to get Madhu Bhattarai pregnant.
END_OF_DOCUMENT_TOKEN_TO_BE_REPLACED