The biggest release of the year 2016, ‘Chhakka Panja’ impressed everybody — except for the actress, Samragyee RL Shah. The movie team is going to make a sequel of the movie ‘Chhakka Panja Feri’. The producer and director Deepak Raj Giri and Deepa Shree Niraula had confirmed the movie in making a few days earlier. Deepak wrote about the new movie and told that most of the actors will repeat with an addition of a couple of top actor and actress. It seems, the ‘top actress’ has refused to act in the movie. Deepak had told that in addition to Kedar Ghimire, Priyanka Karki, Barsha Raut, Buddhi Tamang, the team had reportedly approached ‘Prem Geet’ actor Pradeep Khadka and Samragyee RL Shah for the leading roles. 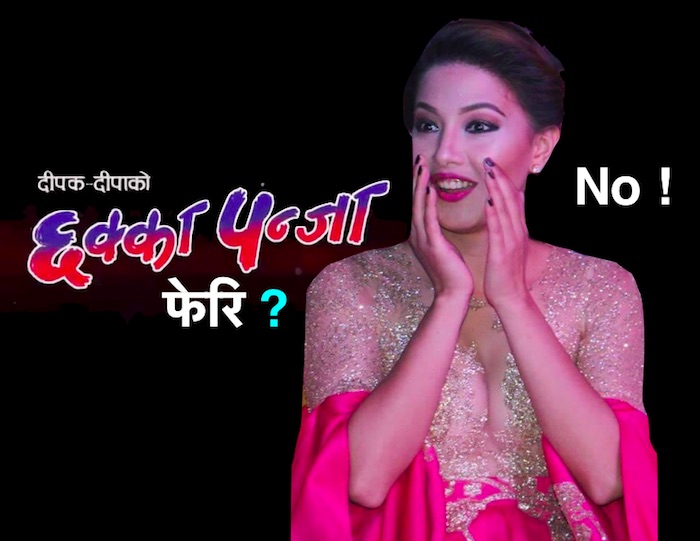 According to the latest report, the ‘Dreams’ debut actress, Samragyee RL Shah has refused the offer of Deepak Raj Giri. There is no information about whether Pradeep Khadka has accepted the role. Samragyee is planning to be featured in the movie titled ‘Intu Mintu’, a movie to be directed by choreographer Renasha Bantawa Rai. The shooting of ‘Intu Mintu’ and ‘Chhakka Panja Feri’ are scheduled to start in Baisakh. Samragyee’s refusal to act in the movie is told to be because of the conflict of schedule between the two.

In the initial days of the announcement, the sequel was told to be titled ‘Chhakka Panja 2’. Now the movie titled is going to be ‘Chhakka Panja Feri’

The debut movie of actress Deepa Shree Niraula, ‘Chhakka Panja’ broke a number of the previous records in the Nepali movie industry. Some of the noted records include:

The movie was made on the story of foreign bound youths in Kathmandu suburbs. The comedy movie talks about the problems caused by foreign employment and the problems the current youths face in Nepal.

The movie ‘Chhakka Panja’ is the third movie by the team of comedy actors of ‘Tito Satya’ – Deepak Raj Giri, Deepa Shree Nirauala and Nirmal Sharma. The success of the first movie of the team, ‘Chha Ekan Chha’, helped them in working in the second successful movie ‘Woda Number 6’. After the success of the two movies, the team stopped producing the comedy serial and focused fully in the production of feature films. The first movie was directed by Dinesh DC, the second movie by Ujjwal Ghimire. After employing the two successful directors in their films, Deepak-Deepa team learnt the inside of film directing. In the third movie Deepa decided to debut as a director. Deepak was on the background looking after the production, script writing and helping her in directing.

Although Deepak is married and a father of three grown up kids, many believe Deepak and Deepa are having affair. To fuel that notion, they travel all over the world together and are seen together in every functions one of them is invited. Deepak had married his wife in his teens. She doesn’t accompany Deepak in most of the public function. When asked, both Deepak and Deepa deny having affair.

In an interview, Deepa had told that she would have married Deepak if he were not married. 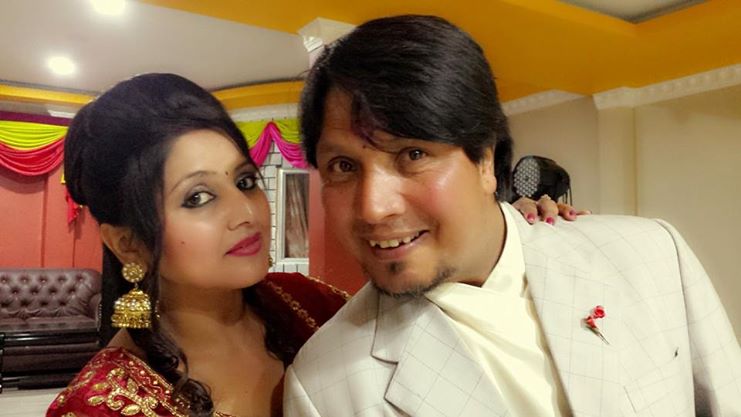