In a program organized in Kathmandu, The Hidden Treasure announced the date of the Miss Nepal 2013 – the 18th edition of the biggest beauty contest in Nepal. Miss Nepal, considered the most prestigious and popular of all the beauty contests held in Nepal, is scheduled to be organized on March 15, 2013.

This year, Fanta of Bottelers’ Nepal will also be the co-sponsor with the Hidden Treasure. The winner of the Miss Nepal 2013 will also be appointed the brand ambassador of drink, Fanta, for a year.

The auditions of Mis
s Nepal will be held in various cities including Pokhara, Butwal, Biratnagar, Narayangad, and Kathmandu. In the program, winners of Miss Nepal 2012 – Shristi Shrestha, Nagma Shrestha and Subeksha Khadka were also present. 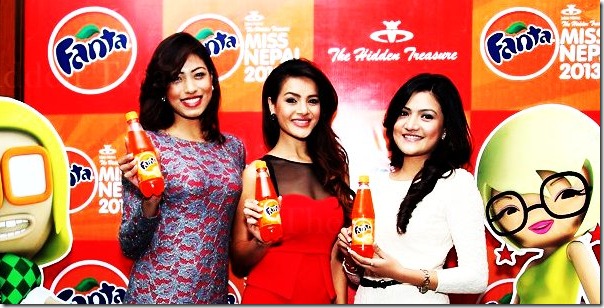