The Burj Dubai (Burj Khalifa) tower officially opened its doors on January 4, 2010, six years after the commencement of construction in Dubai, United Arab Emirates. The tower previously known as Burj Dubai was renamed Burj Khalifa in honor of the current President of the UAE and ruler of Abu Dhabi, Sheikh Khalifa. 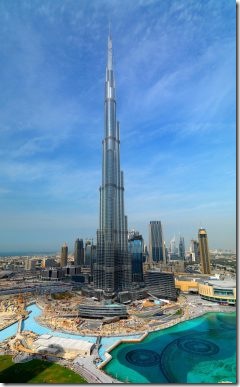 Some of the records made by the $4.1 billion, half-mile-high skyscraper are: