After two and a half month of film making training in the US, actress Nisha Adhikari as returned back to Nepal. The course, Diploma in Film Making, of 2.5 month duration included subjects like hand-run camera, director craft, script writing, and editing. She attended New York Film Academy, Los Angeles 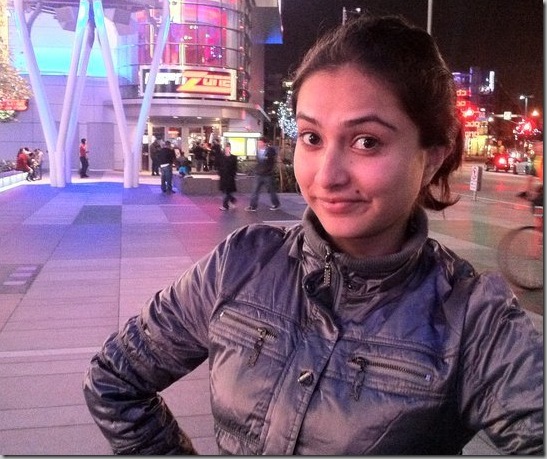 After the course Nisha has told that she has learnt a lot of new things about film making. Apart from helping in her acting career, she expects to start directing movies in the coming days.

Nisha told that she made three short films based on one shot, continuity shot and digital shot, during the course.

Let’s hope to see a movie directed by Nisha in the near future. All the be
st Nisha Adhikari.

These jogi/yogi usually seen in and around Hindu temple are supposed to leave their family and live in isolation from family and love. The following photo by Badrikumar Neupane (Nagarik) shows their hidden love. The jogi is kissing a monkey in Pashupati area.

NOTE: This is not the first Nepali movie, Aama but a different one. This is relatively a new Aama in color (first Aama was Black and White – click on the link to watch the original Aama)

A presentation of Sayapatri Films, Nepali movie ‘Aama’ is made on the story of Uddav Poudyal and script of the director Resh Raj Acharya. Child artists in the movie are Nimesh Poudel and Khusbu Niraula. Krishna Prasad Adhikari and Niranjan Bhattarai are the guest artists in the movie.
END_OF_DOCUMENT_TOKEN_TO_BE_REPLACED