Our traffic police are well aware of animal rights and they let animals roam freely on the street. The drivers are fully responsible for the accidents caused by such stray animals.

There is not data on what percent of the road accidents in Nepal are caused by street patrolling animals. But, one can easily guess there should be considerable amount of accidents caused by them.

An example of what can happen in the street is the following photo from Nepalgunj. Pranit Sharma captured a live bullfight in the street beside Laxmi Guest House and Padmaganga Guest House. 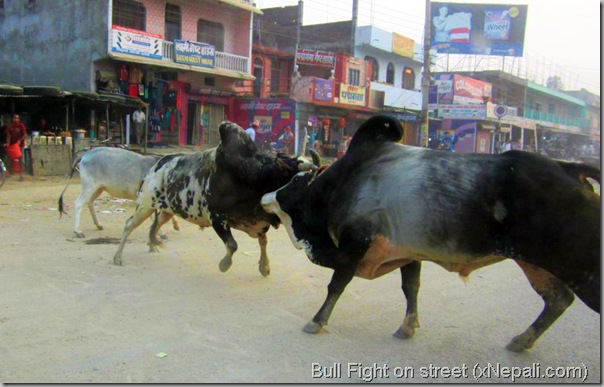 It is not known if anybody got hurt due to the great sight on the street. Long live animal rights!