Monthly chart of movie released in 2069: 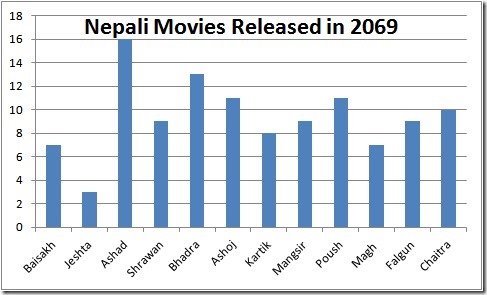 You can see, Ashad had the highest number of the release of new movies – 16 movies.Â  Bhadra had 13 new releases. This is a huge increased when compared with the chart we posted last year.