‘Deewanapan’ is the presentation of Sajan Films Pvt. Ltd. by producer Sanjay Kutu.

END_OF_DOCUMENT_TOKEN_TO_BE_REPLACED

Film journalist Laxman Subedi has decided to start directing movies. Subedi has bee writing news about Nepali movies for the last 13 years and this is the first time he is going to be the subject of film news. 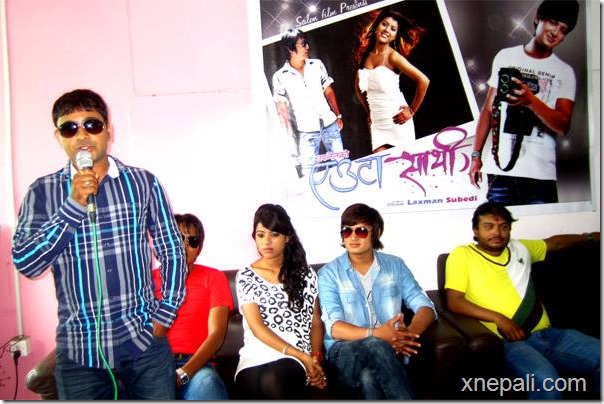 In a program organized in Kathmandu on July 16 Subedi announced the movie named ‘Mero Sathi’ – to be made on entertainment theme. Subedi told that he wanted to rectify the problems he sees in other’s movies.