This week two new movies Ram Babu Gurung’s ‘Kabaddi Kabaddi’ and Shovit Basnet‘s ‘Jaun Hinda Pokhara’ have released in theater. The targeted audience of these two movies are not the same but, one would certainly affect the business of the other. 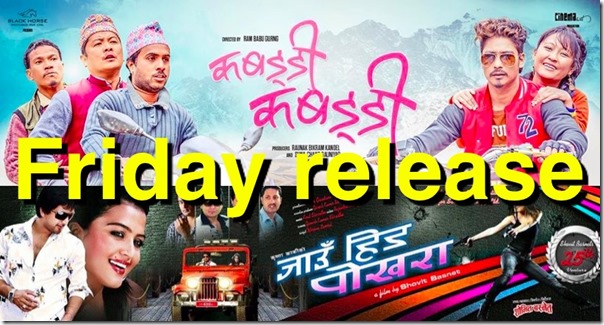 The sequel of the hit movie ‘Kabaddi’ by the same team is a highly awaited movie. Set in typical village environment and featuring well known actors like Dayahang Rai and Nischal Basnet in leading role are some of the strongest aspects of the movie. The directional talent of Ram Babu Gurung was seen in ‘Kabaddi’. The movie had won many awards and positive reviews from the viewers and reviewers. Actress Rishma Gurung is also establishing herself as a credible actress in Nepali film industry.