On Monday, January 4, Rajesh Hamal was seen in a female appearance – wearing saree, blouse and a huge bindi on forehead. The get up was for his upcoming movie ‘Sakuntala’. Rajesh is being featured in a female’s role in the movie as the lead character of the female-oriented movie.

Two weeks ago when the movie was announced in a press meet, Rajesh and the film team had kept Rajesh Hamal’s role in the movie. Rajesh had given a clue by saying, “Sakuntala can be anybody. A male can be Sakuntala and a female can also be Sakuntala.’ 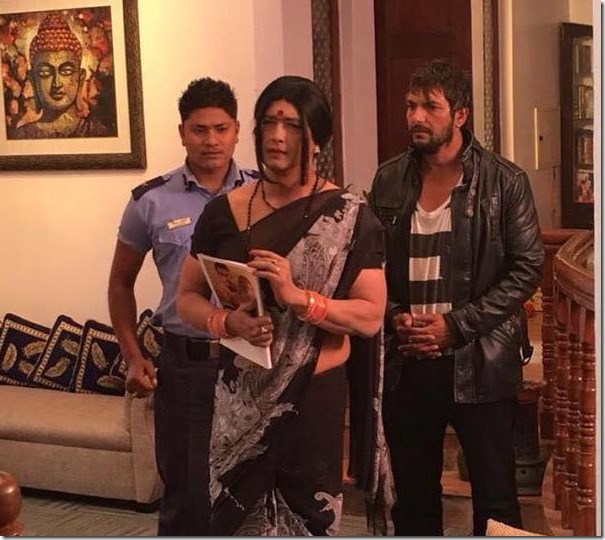 The actress Anu Shah had told that her role would be that of a journalist and she had asked the journalists in the press meet to wait till the first look or the shooting of the movie to know the truth about the leading character.