The lead actor of Bhuwan KC‘s debut movie ‘Dreams’,  Anmol KC is the new sensation in the Nepali film industry. ‘Dreams’ proved to be the third super-hit movies of Anmol KC. He as become the rare actors whose movies have succeeded. Despite of his popularity, Anmol is considered weak in acting. In all of his movies, the actresses have done better acting, but no actress have been as popular as Anmol.

The questions arise – “What is in Anmol KC, that is not in Prakriti Shrestha and Anna Sharma?” and “Will the fate of ‘Dreams’ actress Samragyee RL Shah be similar to those of Prakriti and Anna?”

Watch ‘Hostel’ and watch ‘Jerryy’ to check for yourselves. 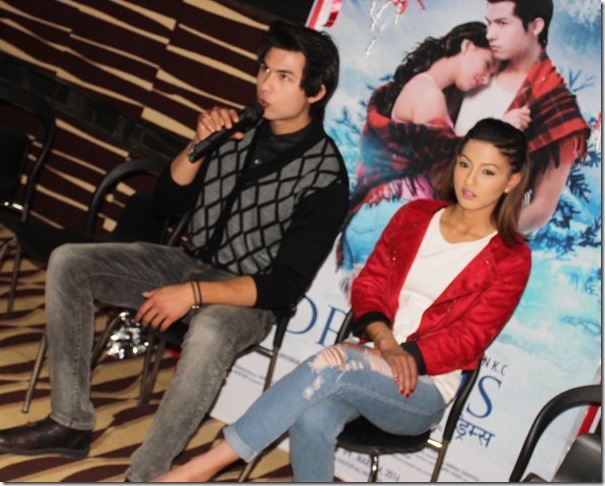