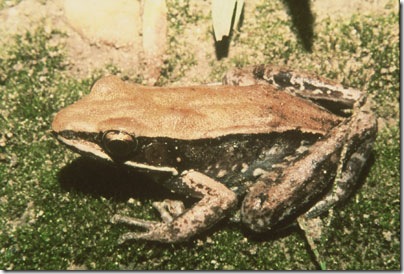 I was talking about one more addition to the 863 species of birds found in Nepal in my previous post. Recently  WWF released a news about 350 more species of living things found in the Eastern Himalayas in the past decade in which 93 of them were found in Nepal. Among the 93 species 40 were plants, 36 mammals, 6 fishes, 2 frogs, 9 reptiles. Not all, but 10 were given a Nepali name Ã¢â‚¬ËœnepalensesÃ¢â‚¬â„¢.

In Nepal we donÃ¢â‚¬â„¢t do much research (donÃ¢â‚¬â„¢t have resources) on these things so I suspect it is only a part of a bigger story. Much of the higher Himalaya is highly inaccessible and they should hold much of the unidentified species. As an example, never finding a giant Yeti can suffice on our ability to find all the unspotted species.

Well, that was the discovery of a group formed by WWF.

The group found that almost three-quarters of the discoveries between 1998 and 2008 were plants, including 21 new orchid species. But it also listed 16 amphibians, 16 reptiles, 14 fish, two birds, two mammals and at least 60 new invertebrates. Most of the discoveries have already been reported in peer-reviewed, scientific journals.

If you are interested in reading the full document it can be downloaded in pdf format from panda.org website.

One thought on “93 new species found in Nepal”