The second movie of actress Samragyee RL Shah is ready to release. The movie is special because of at least the following three reasons:

The third reason is really important in the Nepali movie industry because, there had been a flood of sequel movies. It was not only successful movie even the sequels of flop movies like ‘Bindaas’ had been made more than once.  But, the sad truth is that many sequels have failed to attract the viewers to the theatre. 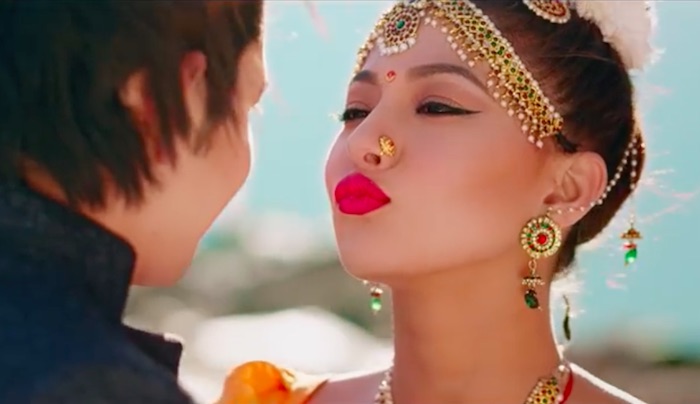 The trailer or preview focuses on Salin Man Baniya, a new actor and Samragyee RL Shah and the scene of the lake located at the highest point in the world – Tilicho lake. The movie is made under Suhana Entertainment named after Suhana Thapa, the daughter of the director Jharana Thapa and her husband Sunil Kumar Thapa. The pout of Samragyee and beautiful scenery has tried to create interest in the movie.

After watching the trailer, there is lot to be desired for. It doesn’t give any clues on why one needs to go to the theatre to watch the movie. Worst – the teaser is really boring with the text taking too long to appear. After watching the teaser till the end – you would feel cheated – as there is nothing of substance in the teaser. There is no information about the release date of the movie.

The original ‘A Mero Hajur’ featured Jharana Thapa and late actor Shree Krishna Shrestha. Will the actress of the first part create the same magic as the director of the sequel?