There was a rumor going on about the Nationality of record holder mountaineer Apa Sherpa. He however, dismissed rumors that he had become a US citizen after relinquishing Nepali citizenship.

With political turmoil and scarcity of basic necessities like electricity and water in Kathmandu, when compared to the US, it is to be seen how long Apa can afford to be a Nepali. 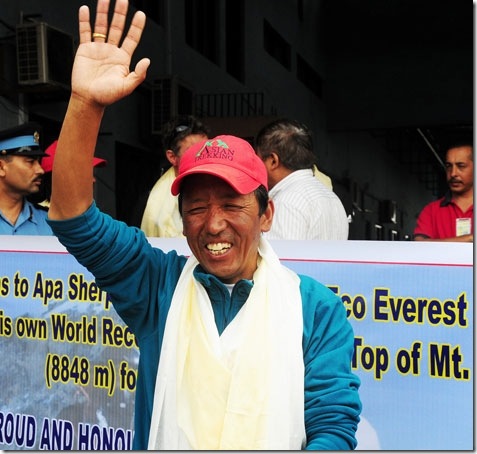 Upon his arrival in Kathmandu today after achieving a record feat-his 20th ascent to Mt Everest-Apa said, â€œI was a Nepali citizen and will remain so. My stay in the US is temporary.â€

Apa however, told that he is a US Green Card holder. According to Apa, the purpose of acquiring a US Green Card was aimed at making his frequent travel to the country easier. â€œI do have a Green Card which has only eased my travel to and stay in the USA and it has helped nurture future of my children. But having the Green Card does not mean I am a US citizen. Nor do I wish to be so,â€ said Apa. 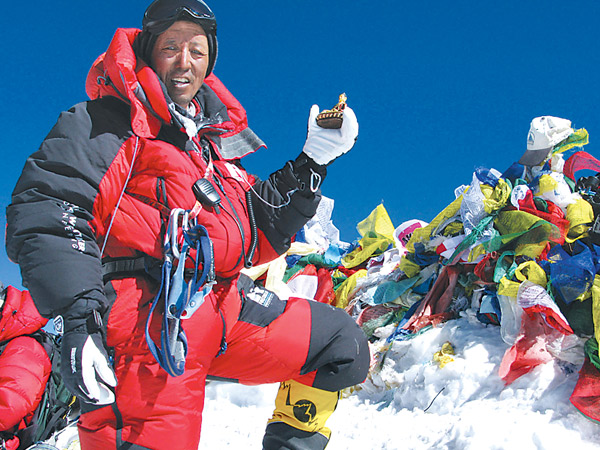 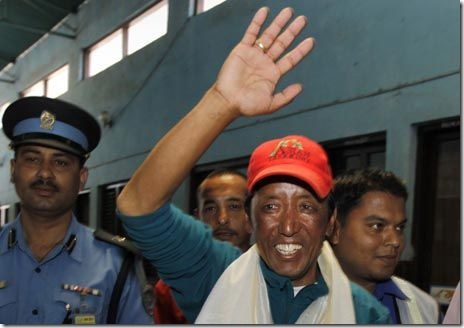 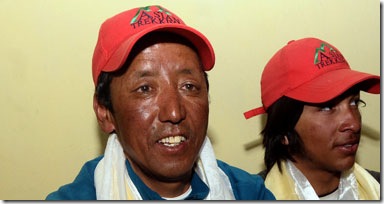