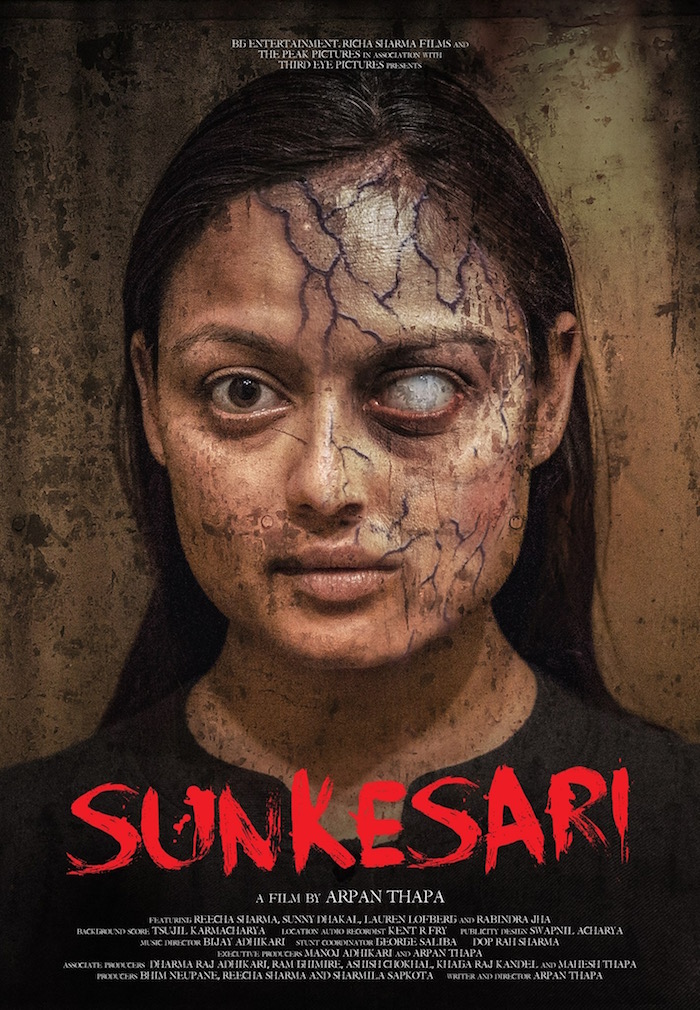 Whether the movie becomes a success or not, it sure is a new experiment and will add a brick in the development of the Nepali film industry and offers a new taste for the Nepali film viewers.

The movie is made under the banner of BG Entertainment, Richa Sharma Films and The Peak Pictures in association with Third Eye Pictures. Features Reecha Sharma, Sunny Dhakal, Lauren Lofberg and Rabindra Jha in leading roles. The background score is prepared by Tsujil Karmacharya, music composition by Bijay Adhikari. The movie is written and directed by Arpan Thapa. Arpan was the same director who had directed ‘Aadha Love’. The director of photographt is Rah Sharma, executive producers are Manoj Adhikari and Arpan Thapa.

The movie is about the first guest of Australian Durbar Boutique Hotel and the interaction of the guest with the ghosts. Shooting location: 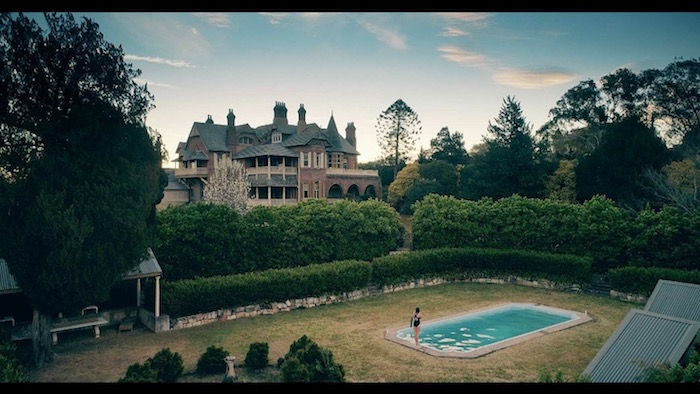 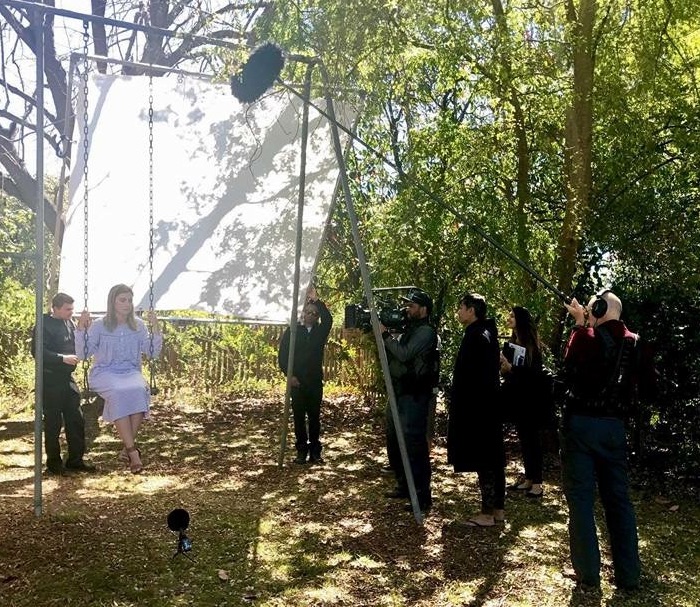 Are you scared by the poster? Are you looking forward to watching the movie? Do you think this new movie of Reecha Sharma will be different from the other horror movies in Nepali movie industry? Please comment.