One of the few actresses who has been lucky to be featured in three hit movies in the start of her acting career, Barsha Raut, has turned 23 on December 14, 2016. To celebrate her birthday, Barsha went to one of the theatres in Kathmandu and celebrated with the viewers of her movie ‘Jatra’. The movie marks the hat trick in giving hit movies right after entering the Nepali movie industry. Barsha’s earlier two movies ‘Nai Nabhannu La 4’ and ‘Chhakka Panja’ both were successful commercially.

During the birthday celebration, Barsha’s boyfriend, Sanjog Koirala, was also present. Both Sanjog and Barsha talked about their love affair and their ups and lows in knowing each other for the last five years. Sanjog Koirala is also an actor.

Barsha told that her boyfriend Sanjog had given a MacBook as a birthday gift. Her father has gifted a gold necklace in the birthday.

When asked about her marriage plans, Barsha told that she is only 23 and she has a lot of time to settle down. 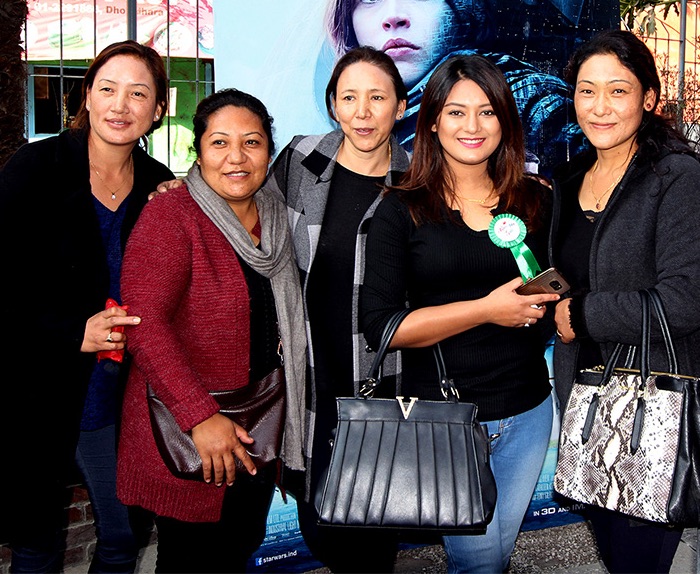 I wish Barsha a very happy birthday and wish all the best in her future projects. I hope her to bring more hit movies in future. Apart from Barsha, actor Anmol KC is also another actor all of whose movies have been successful so far.