Statements of Chhabi and Shilpa about their relationship:

Chhabi told, “If a girl like Shilpa is willing to marry me, I would jump in right away.” In response, Shilpa said that she is not ready to married now. She told, if Chhabi is willing to wait she could think about marriage. In the mean time, she also told that she is willing to live together. Based on the statements in the video above, anybody can guess that the relationship has gone a long way.

While Chhabi has found Rekha’s look-alike, Rekha Thapa has also found Sudarshan Gautam, the handless ‘Himmatwali’ actor. In a recent interview Sudarshan has revealed that he has already divorced his wife of 7/8 years and is available to marry. 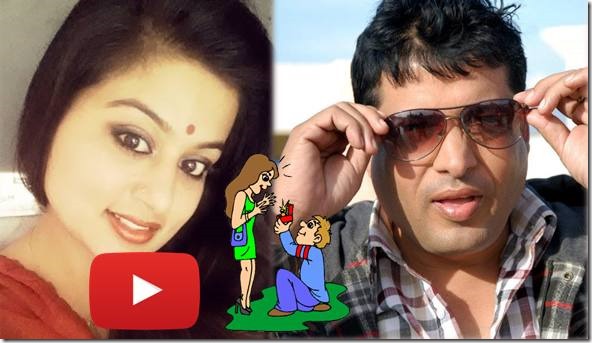