It is a common belief that comedy actors are the most happy people around. In reality, the laughter they spread is simply the coverup of their sorrows. A proof is comedy actor Kedar Ghimire, popularly known as Magne Budho, after a character he played in ‘Meri Bassai’.

Kedar Ghimire teamed up with Sitaram Kattel (Dhurmus) in directing ‘Meri Bassai’. The comedy serial quickly became very popular. But, the relationship between Dhurmus and Magne Budho turned sour. Magne left the serial and started producing other comedy videos. These days, Magne Budho has started a new comedy serial ‘Khas Khus’. Magne however couldn’t act in the serial much as he fell sick and had to take rest. Magne has recently shared the details of his health condition. He was initially diagnosed of ulcer like symptoms and was taking medication. The doctors have also given him depression medication because of the mental health issues.

In addition to acting in television serials, Kedar Ghimire is also featured in a number of movies. The most notable movies are ‘Woda Number 6’ and ‘Chha Ekan Chha’.

I wish Magne Budho get well soon and start working in his comedies. 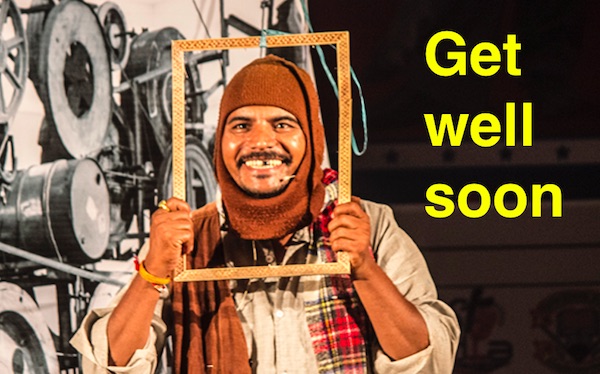