Canadian singer Bryan Adams is going to perfrom for about two hours in Dashrath Stadium, Kathmandu on February 19, 2011. 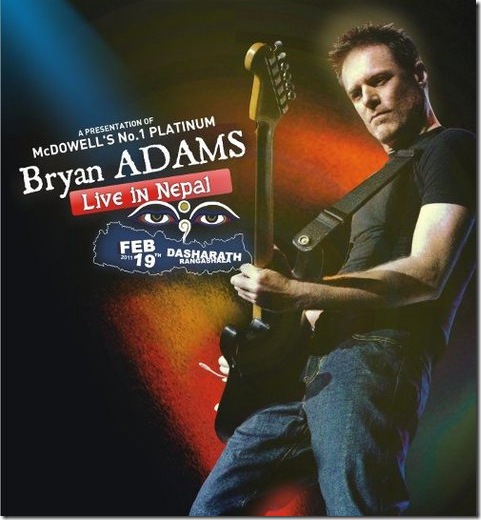 Three Nepali bands will also perform at that time before Bryan arrives
. The event starts at 3:00 PM with DJ session. At 5:00 PM Nepali national anthem will be sung. The Nepali bands 1974 AD, Namaste and Mongolian Heart will perform, for about half an hours each, untill 6:45 PM. At 7:00 PM Bryan Adams will start his live performance. The event will be wrapped up at 9:00 PM. 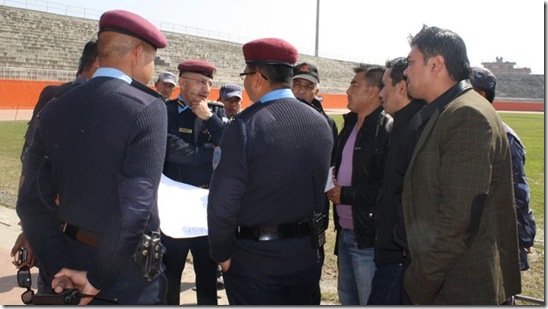 Security briefing at the stadium in preparation of the concert (photo source – Facebook).

One thought on “Final preparation of Bryan Adams concert”