Indian Foreign Minister, Sushma Swaraj, has apologised for saying PM Narendra Modi addressed ‘Indians’ during his Nepal tour earlier this month. While talking to MEA’s annual press conference she told, “Narendra Modi is the first Prime Minister of the country who has from America’s Madison Square to Nepal’s Janakpur addressed lakhs of Indian”

This was a mistake on my part. I sincerely apologise for this. pic.twitter.com/S1CpLv8uu0

Right after the news of her statement were published in Nepali media, Nepali public and politicians started questioning Swaraj’s intention. Nepali Congress leader and a Member of Parliament, Gagan Thapa tweeted:

One wonders what the confusion was,or if this was casual undermining of Nepal’s sovereignty.

Either way, @IndiaInNepal,it is unacceptable.

As far as I know, this is the first time an Indian Foreign Minister has apologized to Nepal over their statement. Although there are claims that others have done so in history, I couldn’t find any proof.

The term “First time” is disputed but, I consider it correct until proven wrong. So, if you know such incident in history please comment so that correct information is given to the reader.

That means, even if Nehru apologized, he was the Prime Minister, not the foreign minister at that time. So, my statement still holds true. 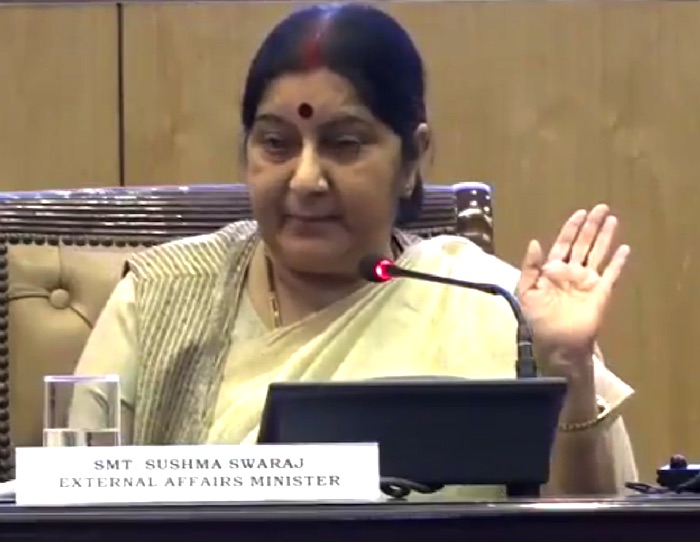