The movie “Birkhelai Chinchhas” is the solo release on Friday, September 5, 2014. The movie featuring Subhash Thapa as the central character Birkhe also features Binita Khadka as Juneli, Aayusha Rai as Merina, Suresh Upreti as Rifle Ba. The movie is about a simple normal character, Birkhe.

The comedy movie is directed by Araaj Keshav is made on the story and script of Jagadiswor Thapa under the banner of D&D Movies. 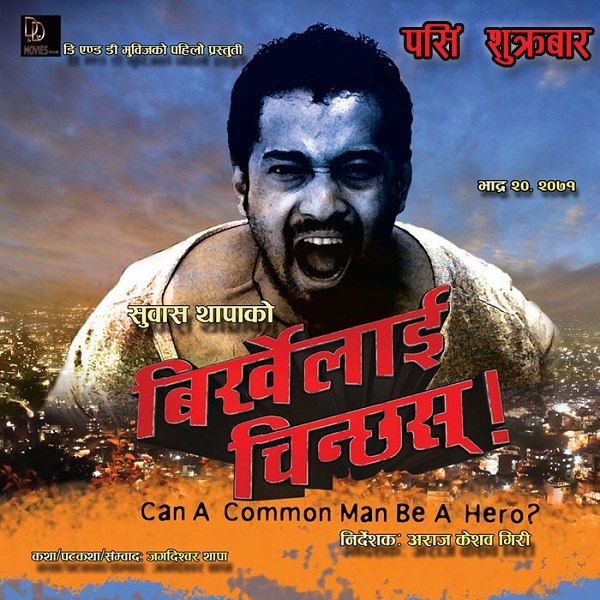 The movie questions if being alive is same as living. These days, people are being treated like objects and some people are used as rodents by the political leaders. The character “Birkhe” in the movie a common man who suffers all the problems a typical common man has to face – political and social trauma. There are a lot of humorous situations and issues in the movie.