Two new movie are being released in theatre on Friday, August 18,2017. Hemraj BC directed ‘Gangster Blues’ and Ramesh Budhithoki directed ‘Bhuimanchhe’ are competing to attract viewers in theatre. In the premier shows held recently, both movies had received positive reviews from the viewers. 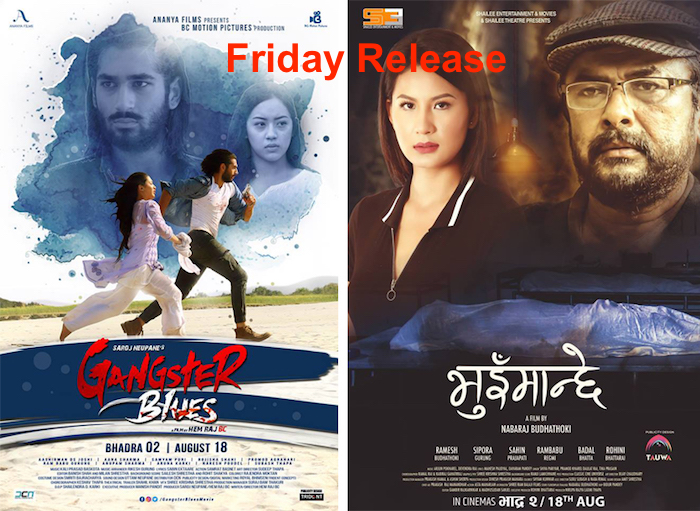 Directed by well known director of hit movies, Hemraj BC, the movie made on gangster story features a new actor in the film industry, Ashirman Desraj Joshi. The movie also marks the comeback of ‘Jerryy’ actress, Anna Sharma. With Ashirman and Anna, Samyam Puri, Pramod Agrahari and Rojisha Shahi Thakuri are also in main role in the movie. Ex-Miss Nepal Earth, Rojisha has also debuted in the movie. The movie is jointly produced by Saroj Neupane and Hemraj BC. BC makes movies that appeal to youngster viewers. The return of Anna in acting is also an awaited moment to some of the viewers.

Actress Sipora Gurung is a well known volleyball player, model and actress. She had also participated in Miss Nepal beauty contest. This is a debut of the actress in a Nepali movie, although she had previously acted in a number of Gurung movies.