Nepali movie ‘Jhumkee’ has released in theatre on Friday, September 23, 2016. The movie has released at the time when ‘Chhaka Panja’ is keeping its holdover for the last few weeks. The movie featuring the lead actors of ‘Kabaddi’, the script of ‘Jhumkee’ is also written by Ram Babu Gurung. The movie marks the directorial debut of the producer Apil Bista. Apil had previously produced movies like ‘Dashdhunga’ and ‘Ritu’. Apil is a film making graduate. 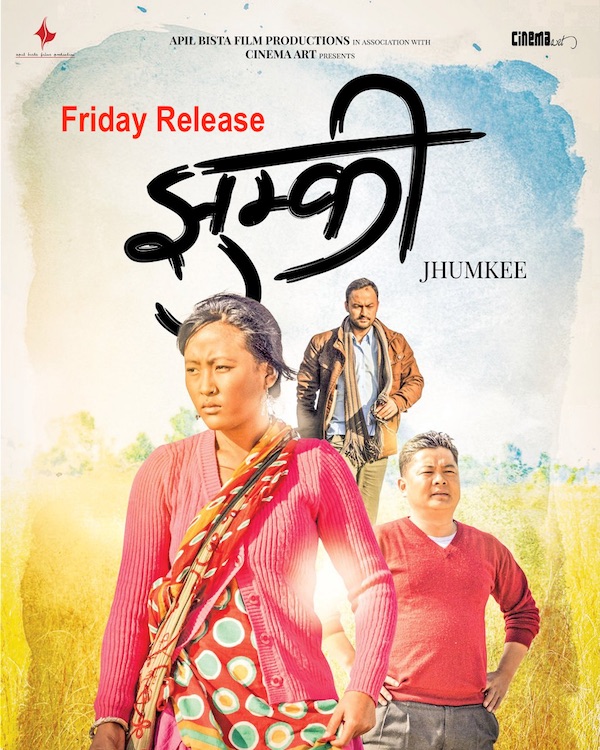 ‘Jhumkee’ is made on the story of the central character Jhumkee, a Tharu woman, during the time of Maoist’s people’s war. Set in Terai area, the movie features Dayahang Rai, Rishma Gurung, Malina Joshi, Manoj RC, Bhola Sapkota and Bijaya Baral.

The movie was premiered on Thursday evening. The viewers of the premier show had given positive feedback about the story and the content of the movie.

In interviews, the director, Apil Bista, had expected the mouth publicity to help in the promotion of the movie. The trailer of the movie was also well received by the viewers and critics.