Two highly awaited movies, ‘Mero Best Friend’ and ‘Hasiya’ are releasing in theater on May 23, 2014. One of them is the debut movie of Priyanka Karki and another also features Priyanka as an item girl. 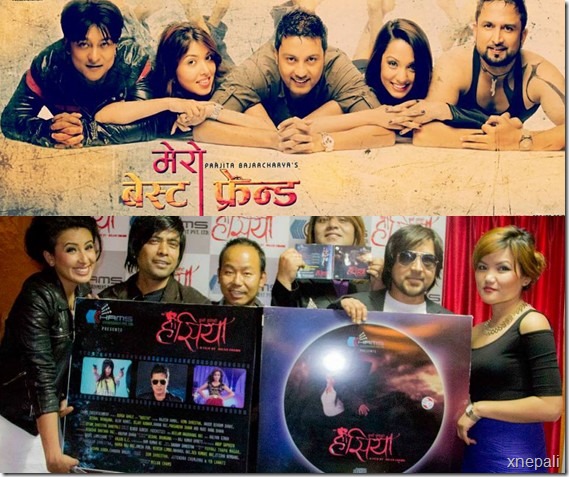 The action themed movie ‘Hasiya’ features actress Hema Shrestha in fully action role. The female oriented movie is produced by Milan Chams. With Hema superstar Rajesh Hamal is also featured in lead role in the movie. Other notable actors in the movie are Miss Nepal 1994, Ruby Rana and Anup Bikram Shahi. The movie was recently premiered in UK. The viewers in the UK had termed the movie of being of international standard.

The debut movie of Priyanka Karki also features Keki Adhikari in lead role. The movie directed by Prasanna Poudel features friendship and love story. The viewers in the premier show held on Wednesday had appreciated the movies. With Priyanka and Keki, Resh Marahatta, Diwas Upreti, Kiran Lakaul, Niramal Sharma, Pooja Sharma and Sunil Thapa are also featured in the movie.

Video of Priyanka Karki talking about the movie:

Video of Keki Adhikari talking about the movie: