A film by Rishi Raj Acharya, ‘Mistake’ is a solo release in Nepali theater this Friday. The well known director of television, Rishi Raj Achary, is debuting in big screen with this movie. The movie made on a triangular love story features Harshika Shrestha, Prasant KC, Surbir Pandit, Rama Thapaliya and others.

The movie written by the director is produced by Subash Atharai. The movie is told to deal with the issues of the youths of today. 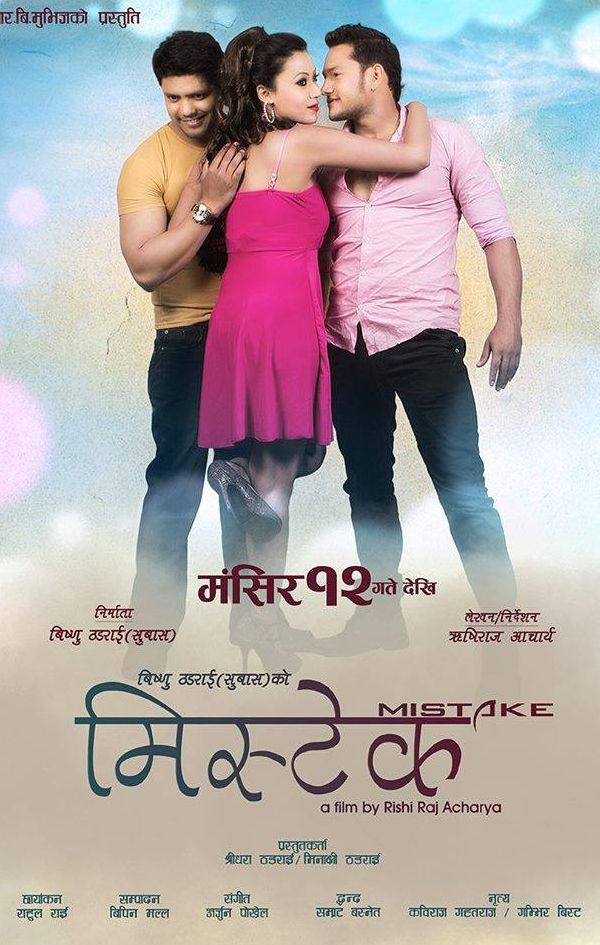 The movies released last week – ‘Shree 5 Ambare’ and ‘Humjayega’ are still in theater and the movie of a week before, ‘Jerryy’ is also performing well in theater. So, ‘Mistake’ will have tough time in competing with other Nepali movies.

One thought on “Friday release, Mistake”