An Introduction video with interviews of the director Gobinda Rai, editor Bipin Malla and the producer Romiyan Limbu: 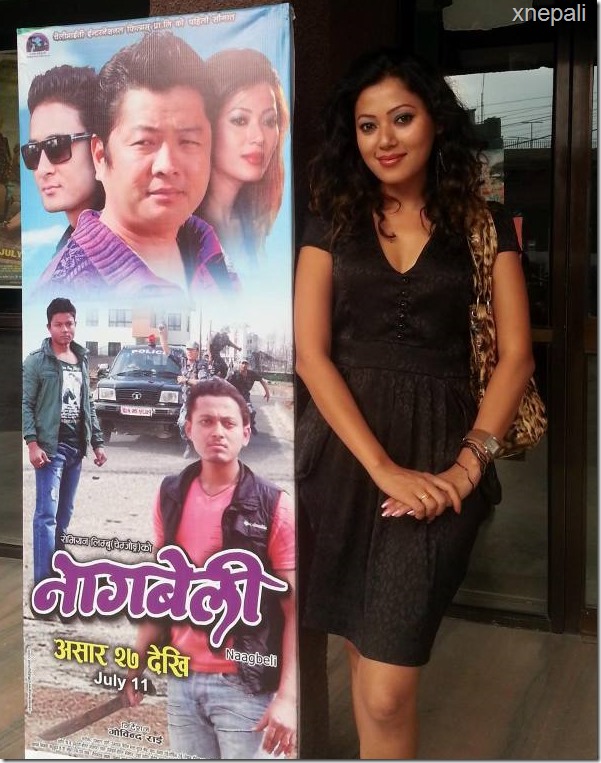 The premier show of the movie was held on Thursday in Kumari theater among selected film artists, film unit and journalists. The movie made on the story of youth of current time covers various aspects of the life of youth including struggle, political strength, trust and abduction.

25-years-old producer Romiyan had been living in the UK for a decade. She had also acted in a few video films in the past. She is currently in Nepal to promote the movie.

The movie written by a popular film critic Dipendra Lama is being released at the time the FIFA World Cup is at it’s peak. Other film producers have accused the game to affect their business.

One thought on “Friday Release – Nagbeli”