One more marriage this moth, actress Sweta Bhattarai has secretly married a businessman, Milan Sapkota. There was no news bout the marriage of the two in media until Milan shared their photo in Facebook. 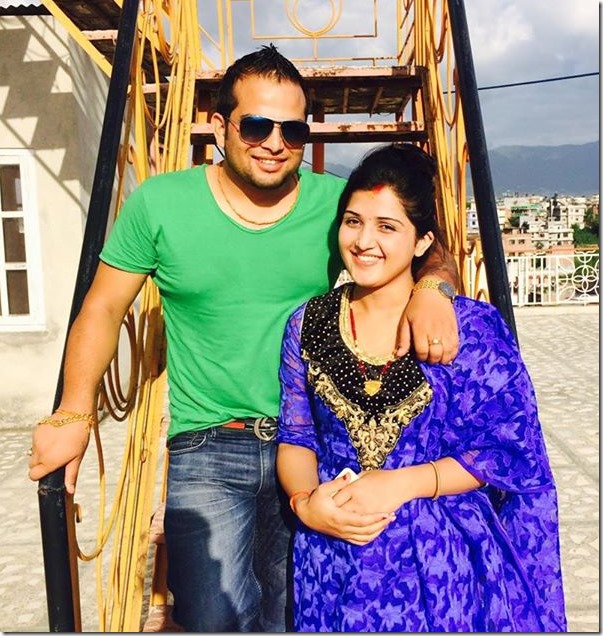 The photos was shared on July 6 and Milan had also shared some photos of some puja a day earlier. Based on the photos we can guess that the marriage was held on July 5th.

July 5 is also the birthday of Sweta. 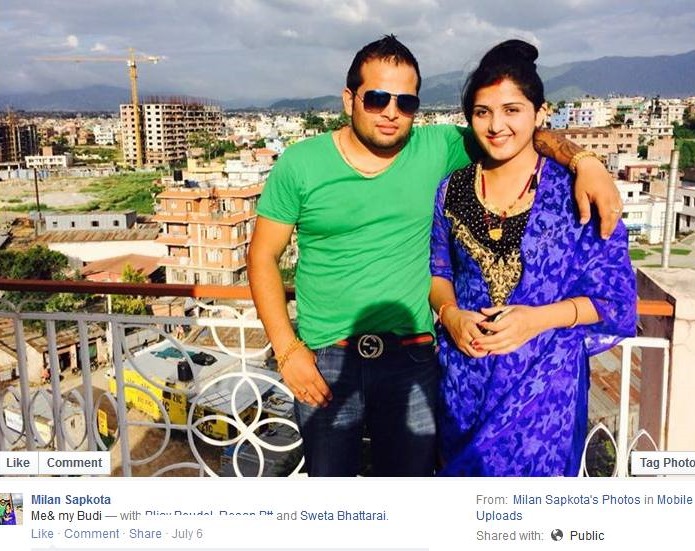 2014 has been the year of celebrity marriages and July has been one of the most popular month with at least 4 celebrity couples being married so far. On July 5 Mithila Sharma secretly got married to Motilal Bohara. Two days later 4 celebrities married each other – Diya Maskey with Anup Baral and Shree Krishna Shrestha with Sweta Khadka. More than half of July is still remaining, so we expect more marriages to follow. 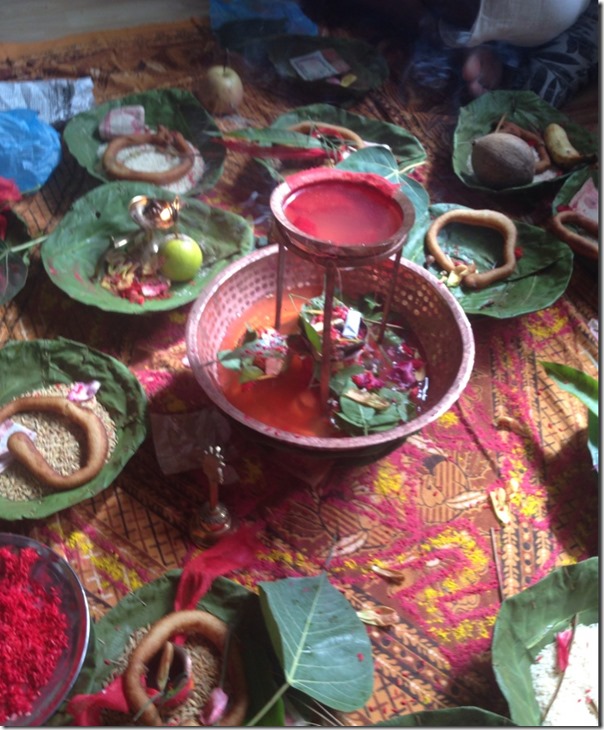 Photo: A pooja photo shared by Milan Sapkota on July 5.