The YouTube videos trending this week are those that were trending last time I wrote about them.

The song from the movie features Melina Rai and Bishal’s voice and features Salon Basnet, Sara Sripali and Binod Neupane.

The message from the students in Bangaladesh :

A Ram Bazar incident in Pokhara

Himalayan Rodies – Season 2 – episode 1 promo. Although the video was released 4 days ago and has only 47 k views (I think the channel is doing something just to be listed in the trending list)

In My Feelings Dance Challenge by Aashma Bishwokarma and Saru Sunuwar 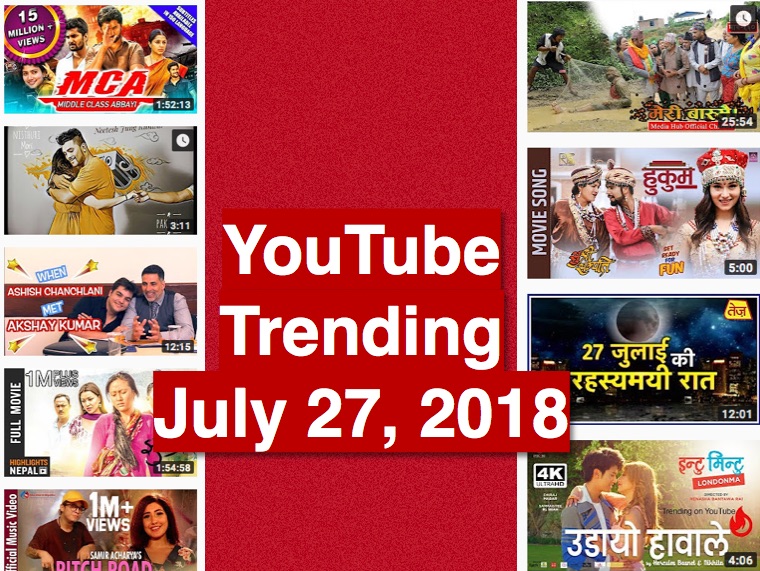