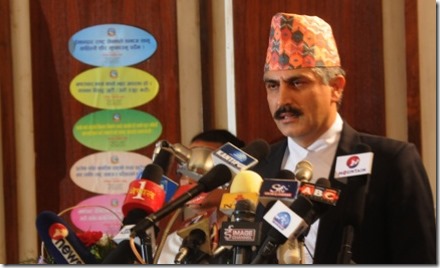 The government had previously set aside 15 ropani land in Dangdunge Hill in Dolkha for the construction of film city. Although the exact amount of the budget for the start of the construction was not revealed in the budged, sources quote the amount to be Rs. 10 million. The Film Development Board is planning to spend the money in preparing the detailed plan and environmental studies.

The FDB chief, Pappu had visited Dolkha in March in preparation of the detailed plan of the film city in the place.

One thought on “Govt. to build film city in Dolkha”