Chapali height” (watch Chapali Height here) got a good media coverage both before and after release. That was partly because of different controversies the movie was involved in before it was released, and ‘sexual psychology’ highlighted in it’s promotion. Although some have questioned the validity of the claims of its producer that ‘Chapali Height‘ has collected 50 lakhs in a single day, the publicity and viewers in theaters show it should have had a decent  opening. But, one can expect the initial response to fade in lights of negative reviews it is getting from critics and viewers.

Now, the question arises – is the movie getting negative review from viewers just because it has got sexual contents? 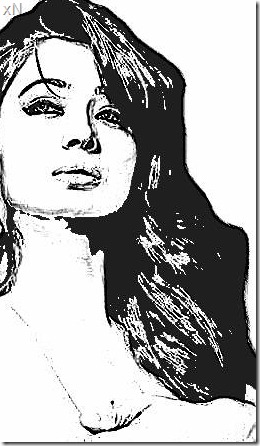 ‘Chapali Height‘ compares well with a previous similar movie ‘Pal Pal Ma‘ released about two years ago. The movie ‘Pal Pal Ma‘ had also got an adult certificate from the censor board and it was publicized as the first Nepali movie to get an adult certificate. The ‘A’ certificate itself proved to be a tool of good publicity, and a good business as well. But, in essence, ‘Pal Pal Ma‘ had nothing to win the hearts of its viewers and virtually nobody appreciated it as a movie. In the movie, the topic of sex was only used for publicity and it was used in a vulgar way. (watch Palpalma here)

I think, history is repeating in case of ‘Chapali Height‘ too. In the case of both movies, small group of people liked the movie and the majority didn’t.

I don’t think adult movies are bad. If made properly they can be informative and helpful in the betterment of Nepali film industry. Religion and culture don’t necessarily bind Nepali movies. Our society needs such movies to cater the needs of adult audience. And, it won’t hurt the society if sex is not sued in cheap and vulgar manner. Although nobody can stop film makers to make movies just to cater sexual contents, viewers would appreciate sex contents catered in better manner.

By the study of these few cases, it is clear that movies with sexual content have bright future in Nepali film market. One can easily guess that a trend of making such movies will start in Nepali movie industry in near future. Yes, sex sells in Nepali market. If the movie is made on a good story and matching acting talent, good reviews and publicity of mouth would certainly help in a long term success of the movies.

Although criticized for being vulgar, the contributions of ‘Chapali Height‘ and ‘Pal Pal Ma‘ in introducing adult topics in Nepali movie industry are appreciable. Taking cue from these movies, I expect future movie makers to make sensible and appreciable movies in sex topics. 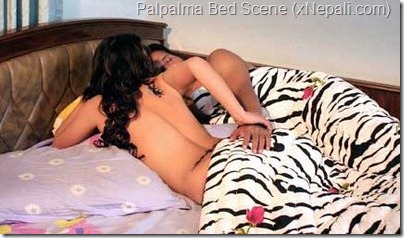 2 thoughts on “Is sex good for Nepali film industry?”