This year’s Info Fair was a bit different from previous years. In contrast to most of the public events where political leaders inaugurate the events, the Info Fair was inaugurated by a robot on Thursday, July 1. The robot started the Fair by cutting a red ribbon on the entrance of the Info Fair location in Bhrikuti Mandap. 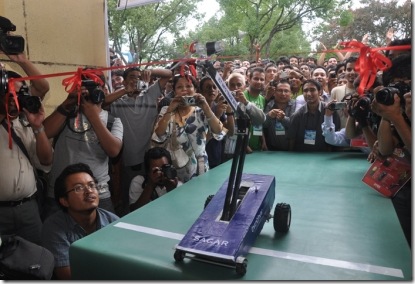 The technology fair made news previously when the organizers announced a $88 laptop (netbook), the stall of which, attracted the most number of visitors.