Nobody can deny that Karishma Manandhar made huge blunder in the announcement ceremony of the new political party led by ex-Prime Minister Dr. Baburam Bhattarai. Although she made many mistakes, she had also done some appreciable work while emceeing the event. After going through the videos in which she has done a very bad job of being an announcer, I wanted to compile the things she had done better than others. Here is final result:

In the video, I have compiled the things she had done well. That doesn’t mean that she hadn’t done any mistakes. The reasons she had done mistakes in the event are: 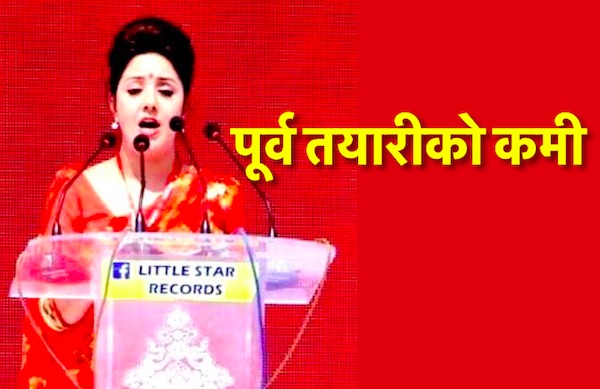 Watch the video about Karishma’s blunder about the Nepali Congress leader Pradeep Giri: