In the initial announcement of the ‘Kismat’ sequel ‘Kismat 2’, director Shyam Bhattarai was named the director. The announcement was made during the birthday celebration of the actress Shilpa Pokharel in December last year. In a latest report, Shyam is replaced by ‘Hawaldar Suntali’ director Rishi Lamichane. 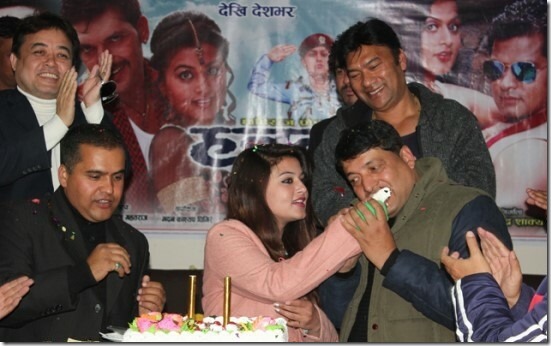 Shyam Bhattarai is currently in USA. He went there on April 10 and is not expected to return back until the start of the shooting of ‘Kismat 2’. That is the reason behind the change in the director of the movie. But, others believe that the success of ‘Hawaldar Suntali’ has helped Rishi to gain confidence from Chhabi. Whatever may be the case, Shyam Bhattarai has been removed from their movies by both Chhabi Raj Ojha and Rekha Thapa. The direction agreement between Chhabiraj Films and Rishi Lamichane was made on April 23.

The shooting of the sequel of hit movie ‘Kismat’ (watch ‘Kismat’ here), ‘Kismat 2’ is scheduled to start in a month. The artists of the movie is yet to be finalized although Chhabi has promised Shilpa Pokharel the leading role. Shilpa will replace Rekha Thapa’s role in the original ‘Kismat’.