The first look poster and a music video of an upcoming movie ‘The Winner’ was released in Kathmandu on May 1, 2016. The movie features actress Malina Joshi in the leading role. In the event, journalists had asked Malina about her love affair and her relationship with actor Anoop Bikram Shahi.

Did Malina Joshi and Anoop Bikram Shahi break up?

Who is Malina Joshi?

First Look Poster and Music Video of ‘The Winner’ released

The makers of ‘The Winner’ had organized a program to release the first look poster and a music video of the upcoming movie in Kathmandu. The chief guest of the event was FDB chairperson Raj Kumar Rai.

The movie ‘The Winner’ is directed by Hikmat Bista and features Malina Joshi with Maheshman Shrestha, Manchina Shakya etc. The movie shot in various locations in Dubai, Australia and Nepal is produced under Diamond Star Films banner. The movie is scheduled to release in theaters on Bhadra 17 (September 2). 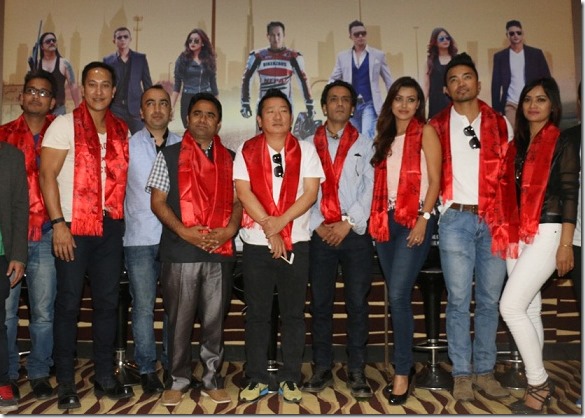