A presentation of Mountain Cinema, ‘Naam Ke Ho’ is produced by the director JB Rai in 2001. The screenplay of the movie is written jointly by Om Pratik and JB Rai. The assistant director is Sujan Goley Lama. The cinematographer is Narayan Mainali, action by Ram / Janak, choreographer is Subash Budhathoki, music by Paras Mukarun, editing by Tara Thapa.

The movie is about the story of an army.

The lead actor of the movie is Biren Shrestha. The actress, Sajja Mainali is the daughter of Gopal Raj Mainali. Sajja is currently living in the USA. There isn’t much information about the actress these days. The first actress in Nepali film industry, Bhuwan Chand (Bhuwan Thapa) is also featured in the movie. Late fight director Gopal Bhutani and well known film personality Mohan Niraula are other well known figures in the movie. 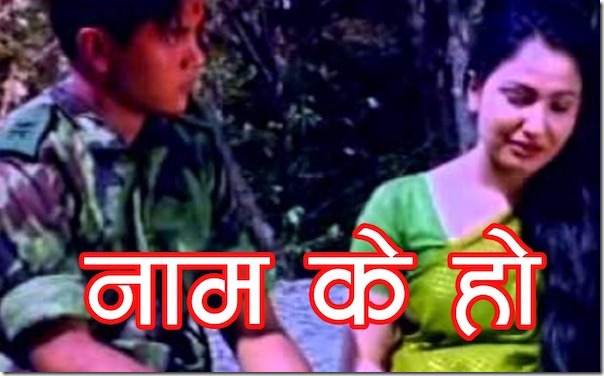