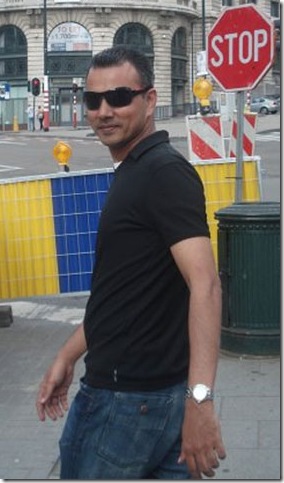 Manisha Koirala, a 40-year-old  Bollywood super-star has finally decided to get married. Last month she told that she is planning to marry a Nepali and stay in Nepal. The lucky Nepali, Samrat Dahal, has recently returned from US after completing his study in alternative energy.

Samrat is son of Surendra Dahal, the owner of Leather Wings, a shoes company. Samrat is currently working in Nepal Credit and Commerce (NCC) Bank, Kathmandu.

According to The Himalayan Times, the marriage decision was made on Monday, April 5. According to the traditional ceremony, Swyambar will be done on Ashad 3 (June 17, 2010), Mehandi on Ashad 4, and marriage will be done on Ashad 5 (June 19 , 2010) (Nagariknews published the date as Ashad 19 i.e. July 3). The official announcement is yet to be made, hence there are conflicting dates in different news.

According to Nagariknews, although the affair between Manisha and Samrat has been going on for quite some time, Manisha has recently decided to commit herself.

Manisha has recently finished shooting a Nepali movie named Dharma, a second Nepali movie after the first she did some 20 years ago. She is in Nepal these days to pay tribute to Girija Prasad Koirala (brother of her grandfather, BP Koirala).