Actress Manisha Koirala has undergone a surgery in a cancer hospital in New York. The surgery started after 5:00 PM local time and lasted for more than 6 hours.

It is reported that a  gynecologic/female genital tract surgeon who had operated Manisha had told that a successful operation takes 5-6 hours. As of the time of this writing, Manisha is in recovery room and her family members are waiting to see her.

A photo of Manisha taken on December 9, 2012 shows her in white shawl and smiling. 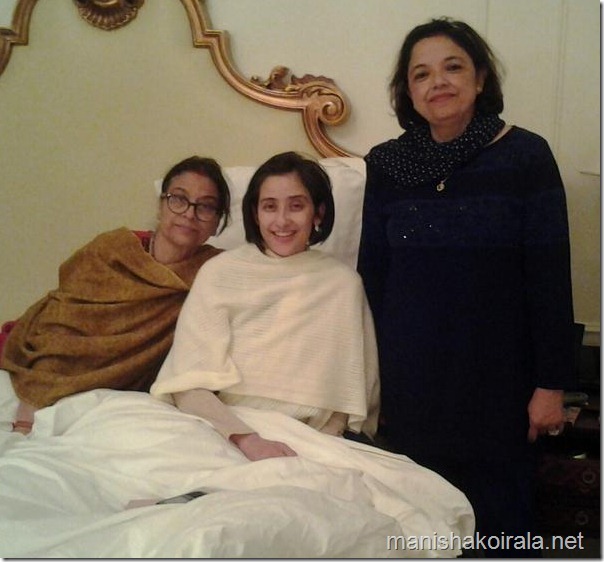 Manisha’s family friend Mridula Koirala had also released a photo of her hugging Manisha in her Facebook wall. 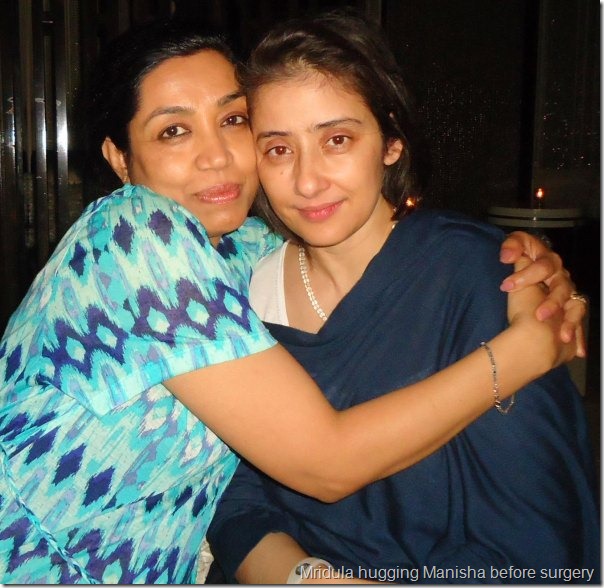 Our best wishes to Manisha for her speedy recovery from the health crisis. (credits – http://manishakoirala.net/)