It has been 25 years since the first Miss Nepal beauty contest was held in Nepal. After the first Miss Nepal was crowned in 1994 there had been various occasions in which the public had expressed their dissatisfaction on the choice of the judges. In most of the contests, there are always controversies because choosing a beauty contest winner is not a straight forward as choosing between black and white. 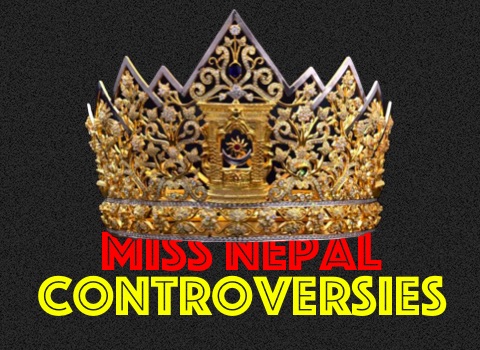 Here are the list of controversies Miss Nepal had went through in the history:

The first controversy of Miss Nepal was in the third edition of the contest. The contest was originally organized by Kathmandu Jaycees. The people behind the contest were Gopal Kakshapati and the team. By the time of the third contest, the team was out of the organization and they decided to organize their own version of the beauty contest. For that Gopal and the team registered a company The Hidden Treasure and acquired the Miss World franchise. The winner of the contest was going to Miss World beauty contest. The original Miss World used to send the winner to Philippines based contest, Miss Asia Pacific International.


Miss World, one of the top beauty contests in the world, organized by UK based company, was a much bigger platform. The Miss Nepal chosen to represent Nepal in Miss World 1997 was Jharana Bajracharya. On the other hand, Kathmandu Jaycees organized it’s own beauty contest to send the winner to Miss Asia Pacific International. The winner of the contest was Neelima Gurung.

That is why we have two Miss Nepal 1997 – one Miss Nepal World 1997 and another Miss Nepal 1997. Next year, Kathmandu Jaycees left the play-field but, there was another controversy brewing.

A 5 feet 8 inches tall beauty, Jyoti Pradhan of Kathmandu won the hearts of the judges and the audience during the Miss Nepal 1998. There was no parallel beauty contest this year and she was the undisputed Miss Nepal. Jyoti went to Seychelles to participate in the Miss World 1998. She didn’t win any titles in the international contest and after finishing the contest, she took a flight to United States. After that, nobody heard of Jyoti. She didn’t return back to Nepal. The organizers, The Hidden Treasure organsiation were not happy by the Miss Nepal’s actions. That was clearly against the agreement between the winner and the organization. Later, 1st runner up of the contest, Niru Shrestha became the new Miss Nepal 1998. Although Niru didn’t participate in international contest representing Nepal, the official record has no mention of Jyoti Pradhan as the winner.

Feminist group in Nepal had always been opposing beauty contests and the use of female in advertisement. From the beginning, some women had teamed up to stop the contest from taking place. In 2000, while the beauty pageant was taking pace in Birendra International Conference Convention Centre, a huge crowd was protesting outside the venue. The reason they cited was – mistreating of the women and the use of women as objecs for commerical use. They however couldn’t stop the contest from being held. A beautiful young lady, Usha Khadgi, was awarded the Miss Nepal 2000 title.

In the year, 2001, entire family of the ruling king, Birendra, were killed in a massacre. Due to the tragic lost of the royal family, the organizers of the contest decided to mourn and not held the contest in the year.

In the year 2005, the format of the pageant was changed. An interview round was placed instead of the traditional Top 10 Q&A round. The top 5 finalists were chosen by a different method, as written final answers were removed. The top 5 to answer to the final question were to be answered at the spot.
In the year, the crowd’s favorite was Shavona Shrestha but, she didn’t win the title. Sugarika KC won the title and Shavona ended up as the 1st runner up position.

This contest was announced and the contestants participated in the close camp. At that time, CPN Maoist was in power. The feminist groups belonged to the party in power at the time. The government refused to provide security to the contest and hence the final couldn’t be held. At that time, a fake video of one of the contestants, Zenisha Moktan’s was circulating in the internet. It was later confirmed that the girl in the video wasn’t Zenisha.

The Miss Nepal of 2018 proved to be one of the most popular Miss Nepal of all time. The winner Shrinkhala Khatiwada is the daughter of the leaders of the political party that was protesting the contest in the past. Both her parents, Birod Khatiwada and Munu Sigdel are full time politicians of the ruling political party CPN. She received a huge public support because of her talent and her beauty. After winning the Multimedia Award and Beauty with a purpose award, Shrinkhala had made a record of being the most successful Miss Nepal so far.

The audition was very controversial because of an incident in which one of the judges scolded one of the participant not wearing makeup. The makeup scandal forced the organization to release a press statement saying that the incident wasn’t ill intended.